The state mangrove cell carried out inspection of the site earlier this week. 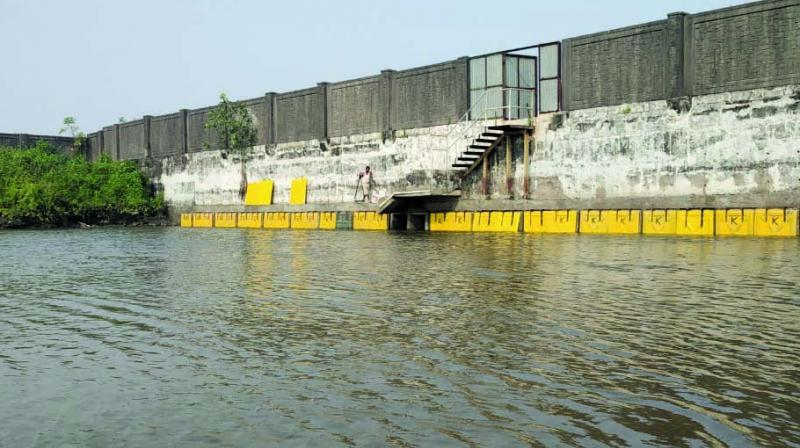 Mumbai: The state mangrove cell has asked the City Industrial and Development Corporation Of Mumbai (CIDCO) to stop the work of repairing sluice gates at the Panje wetlands in Uran.

The Asian Age had earlier reported that the fishing community of Uran had claimed that the sluice gates being installed at the Panje wetlands, will prevent the flow of seawater to the mangroves.

The state mangrove cell carried out inspection of the site earlier this week. “We found out that the sluice gates were being repaired, for which we have asked the CIDCO to stop the repairing work in case it is hindering the flow of tidal water,” said an official from the state mangrove cell.

Meanwhile, CIDCO has claimed that the flood controlling mechanism of sluice gates was established back in 1991 and the development body has been repairing the damaged gates since last week.

“The dutch technology was adopted by CIDCO back in 1991 with the help of experts from IIT. It is an automatic machine where the floodgates get closed during high tides, and remains open during low tide. We have not done anything manually. The gates damaged from heavy rains were simply being replaced this time. We need this technology to prevent critical flood like situations in the nearby villages during heavy rains,” said Pramod Patil, CIDCO environment officer.

However the fishing community has raised objections over the use of such flood control mechanism. “The natural mangroves can itself act as a barrier to the floods. The sluice gates must be removed so that further obstruction in the tidal flow to the mangroves can be averted,” said Nandkumar Pawar, head of the community.