Transporters demanded a reduction in diesel prices and the Shiv Sena, too, slammed the government over the issue. 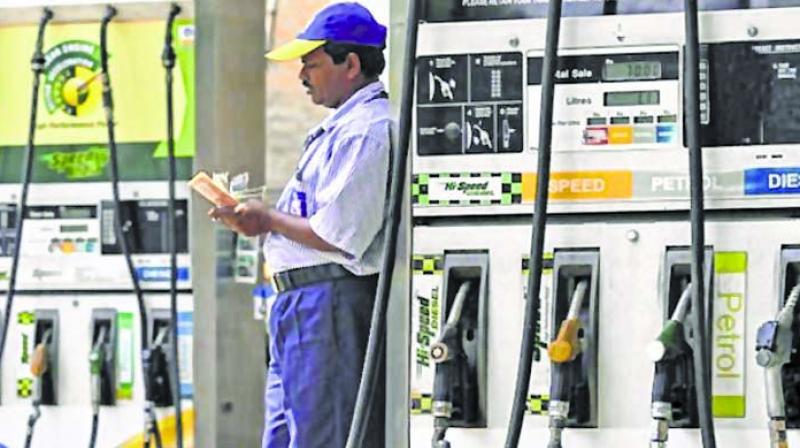 Picture for Representational Image purposes only.

Mumbai: In the wake of severe criticism for not reducing diesel prices across the state, chief minister Devendra Fadnavis has announced that the Union and state governments will slash diesel prices by Rs 4.06 per litre.

Owing to the financial crunch and technical issues however, the state did not give relief on diesel Thursday. But The Asian Age reported on Friday that the government was thinking of reducing diesel prices as well.

Transporters demanded a reduction in diesel prices and the Shiv Sena, too, slammed the government over the issue.

Mr Fadnavis has decided to reduce the tax on diesel by 56 paise and reduce the price of diesel as well. The state has given total relief of Rs 1.56 and considering the price cut of Rs 2.50 by the Centre, diesel will be cheaper by Rs 4.06 across the state, said Mr Fadnavis. “We are trying to bring fuel prices under GST,” he said.

The reduction in diesel prices will burden the state by Rs 1,500 crore and taking into consideration the relief on petrol, the burden will be about Rs 2,750 crore, said a senior officer.

The fuel prices’ issue has become extremely touchy and Mr Fadnavis is trying to pacify public anger over it. Because of the financial crunch though, he hadn’t been able to give much relief.

The state has also had to tackle a drought situation in many parts. It has had to make provision for the seventh pay commission which will burden the exchequer by Rs 22,000 crore plus arrears from January 1, 2016. The state can’t give more relief because of this situation, said the senior minister.