Stunned by its dismal performance in last year, the BMC has been trying hard to improve city’s standing in the scheme. 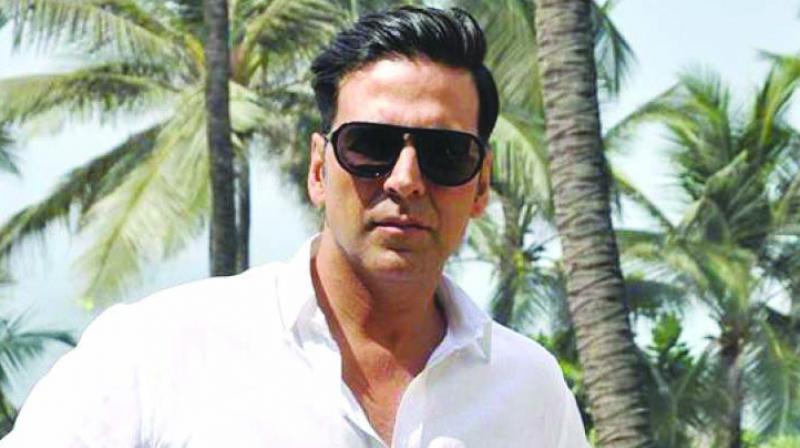 Mumbai: Film star Akshay Kumar, like his character in his film Toilet: Ek Prem Katha, is all set to provide cleanliness lessons to Mumbaikars. The actor will be the face of the Brihanmumbai Municipal Corporation’s (BMC) Swachh Survekshan drive, launched to maintain cleanliness in the city.

According to civic officials, civic chief Ajoy Mehta had asked the film star whether he would like to feature in BMC’s commercial on Swachh Bharat Survekshan. Akshay has agreed to participate in the advertisement, which will soon be aired on cinema halls and various media to promote cleanliness in the city. The shooting of the campaign is presently on.

“The advertisement is based on the concept ‘Thank You Mumbai,’ wherein some employees of civic solid waste management department will be thanking Mumbaikars for keeping the city clean. Followed by their ‘thank you’ message, Akshay will address Mumbaikars appealing them to maintain high standards of cleanliness,” said Kiran Dighavkar, assistant commissioner of A ward.

The Swachh Bharat Survekshan 2018 will be held from January 4 to March 10 by the Union ministry of housing and urban affairs, which will be assessing cleanliness standards of various cities in the country on the basis of citizen feedback.

Stunned by its dismal performance in last year, the BMC has been trying hard to improve city’s standing in the scheme. Mumbai had slipped to the 29th position in the ‘Swachh Survekshan 2017’ from its 10th rank in 2016.