After remarks from police and RTO, the vehicle is proposed for deregistration, and it is then auctioned. 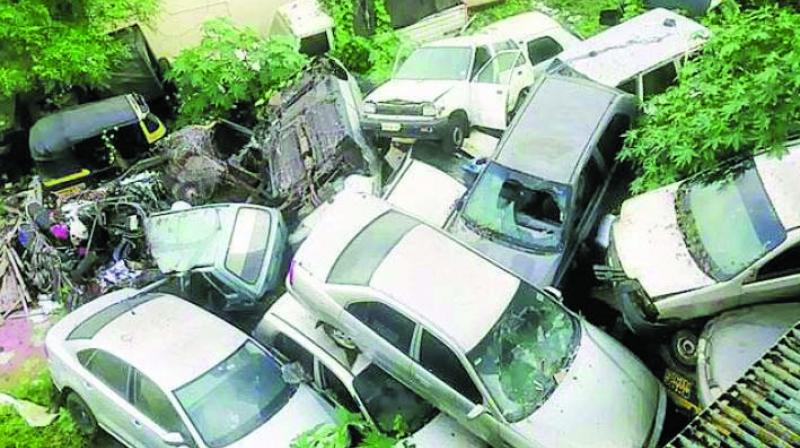 The BMC and traffic police carried out a 15-day special drive.

Mumbai: The Brihanmumbai Municipal Corporation (BMC), in its special dive, has towed 745 abandoned vehicles across the city. If the owners do not turn up and pay towing charges, these vehicles will be auctioned, said, civic officials.

The BMC and traffic police had recently carried out a 15-day special drive to tow abandoned vehicles on city roads. “During the drive, notices were put on abandoned vehicles asking their owners to remove them from roads within two days. However,  745 vehicles were found lying on roads despite being issued notices. These vehicles have been shifted to municipal godown,” said a senior civic official.

The BMC has formed a policy for abandoned vehicles, under which it will seize the vehicle after two days. A person can retrieve the vehicle only after paying a hefty fine.

“People should know where to park their cars on roads. Those who have cars can very well pay parking charges. After towing the vehicle, we will wait for the owner to collect it by paying the towing charges within three months. But failing to do this, the civic body will auction the vehicle,” said deputy municipal commissioner (encroachment removal) Nidhi Chaudhari.

After remarks from police and RTO, the vehicle is proposed for deregistration, and it is then auctioned.