CPCB officials maintained that there has been a huge improvement in regulation of noise levels across the city. 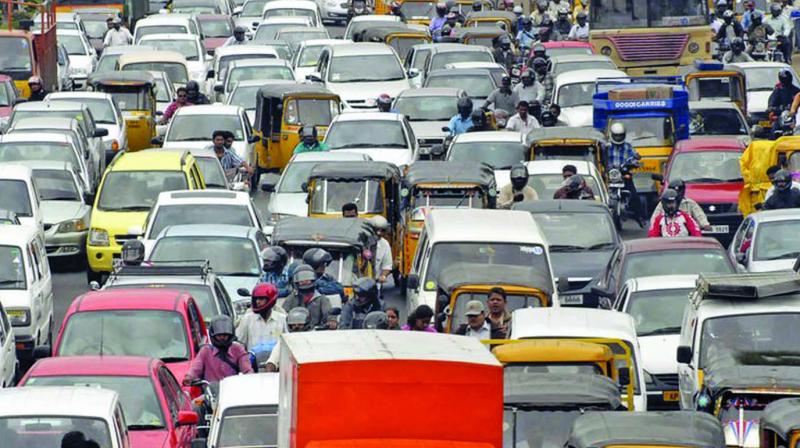 The transport office has played a major role in implementing noise rules strictly across the city, said a CPCB official.

Mumbai: Mumbai has lost its dubious distinction as the noisiest city, dropping to fourth place in a list by the Central Pollution Control Board (CPCB) highlighting seven metro cities’ ambient noise pollution levels.

It has also shown a marked improvement in terms of regulation of noise levels, as the CPCB, in 2016, had termed Mumbai the ‘noisiest city’.

CPCB officials maintained that there has been a huge improvement in regulation of noise levels across the city.

“Recent data shows that citizens and authorities have realised the critical issue of noise pollution and are collectively working towards curbing it. Along with citizens, the Mumbai police and Regional Transport Office have played a major role in implementing noise rules strictly across the city,” said D. Saha, additional director, CPCB.

“Among the ten locations of Mumbai that were mentioned for average noise levels in the data, four are commercial areas, three are industrial areas, one is a residential area and two are silence zones.

“Mostly, increasing noise levels in the city are from vehicular traffic — especially honking, loudspeakers and the construction and industrial activities,” added Mr Saha.

However noise levels from this year at the silence zones mentioned in the data were found 100 per cent higher than the permissible limits of 50 decibels (db) in the day and 40 db at night. While Vashi Hospital recorded average noise levels upto 85db , ASHP Hospital had decibel levels soaring upto 102 db-highest noise level in a silence zone for seven cities in the data.

“While the noise pollution has reduced since last year, there is still higher noise levels
in the silence zone especially near hospitals, which are the most vulnerable section of
the city. The state government has done away with silence zones this year which
could reverse the efforts being made to reduce noise pollution since years,” said
Sumaira Abdulali, Founder of Awaaz Foundation.