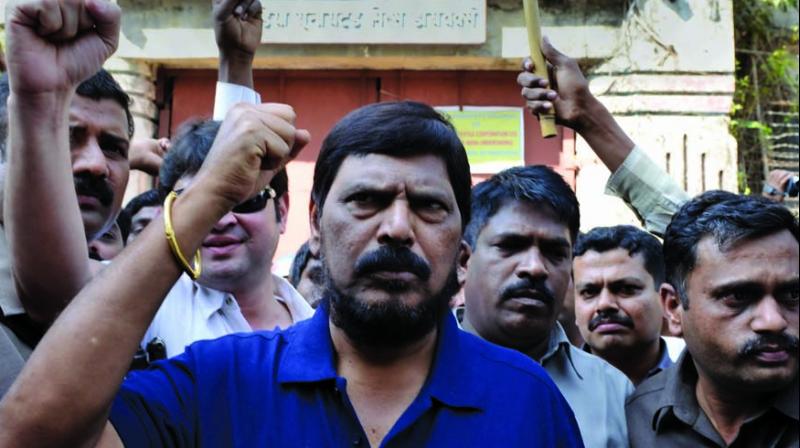 Meanwhile, the Pune police registered a case against Gujarat MLA Jignesh Mevani for his “inflammatory speech”.

Athawale said that he was not responsible for the violence at Bhima-Koregaon on January 1, and expressed confidence that the state government would take appropriate steps to arrest the assailants and punish them.

The minister said, “Mevani is not responsible for the violence at Bhima-Koregaon. There was tension in the area prior to January 1. I visited the place and the tension eased. So, I returned to Delhi on December 31. On the same day, Mevani delivered his speech at Shaniwar Wada in Pune. He did not go to Bhima-Koregaon. Some groups had held a meeting at night, and the violence took place on January 1.”

Athawale met CM Fadnavis at his official bungalow Varsha Saturday morning to discuss the Bhima-Koregaon issue. “The CM has assured that stringent measures will be taken in the case. But collecting evidence is also necessary before the action. He said that the culprits would be punished,” Athawale told reporters after his meeting with the CM.

On January 1, the dalit community was attacked while returning from the Bhima-Koregaon programme near Pune. Despite huge crowds having gathered for the event, the government did not take security measures due to which one person died in the stone-pelting and many others were injured.