However, there was a delay in delivery of Bombardier, but the entire lot of 72 trains were delivered within 10 months. 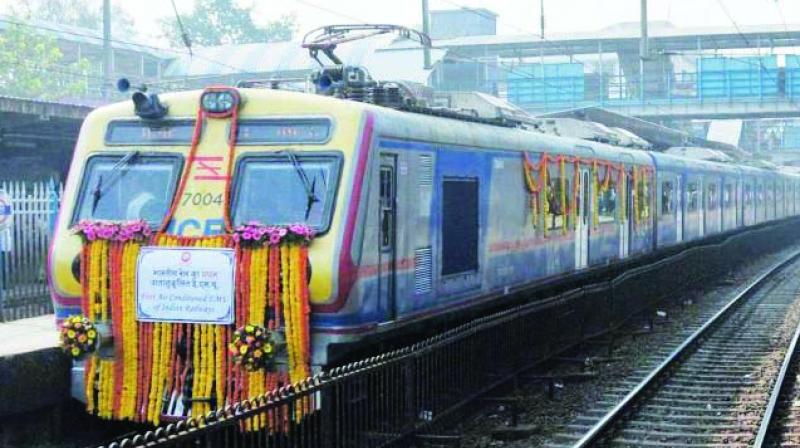 File image of the AC train during its run on Dec. 25.

Mumbai: The Western Railway (WR) has given its preliminary feedback to the Railway Board, suggesting the changes that must be made to the new AC train which started running from Christmas Day last year. The feedback includes lowering grab handles as women commuters complained that they are a little high than normal and separation of seats reserved for women in the first and last coach. The final feedback will be given at the end of six months after an extensive survey as done in the case of the Bombardier trains which were introduced on the WR line in 2016.

The WR has started to give feedback in pieces so that the Railway board understands what to expect at the end of six months when the more in-depth feedback will be sent, an official said. “We have raised the major concerns like due to the coaches being vestibule like a passenger train, it is likely that woman commuters will have an issue with the lack of privacy, and it does pose a danger to women security,” added the official.

The WR has said that the second train will be introduced by the end of nine months and that more such AC trains will be trickling into the city, akin to the Bombardier. However, there was a delay in delivery of Bombardier, but the entire lot of 72 trains were delivered within 10 months.

The WR had taken a call and withdrew the AC train services on the day of Maharashtra bandh and ran only four out of the 12 services as it feared that the train might be vandalised.