These cameras are equipped to detect vehicles exceeding the 80 kmph limit. 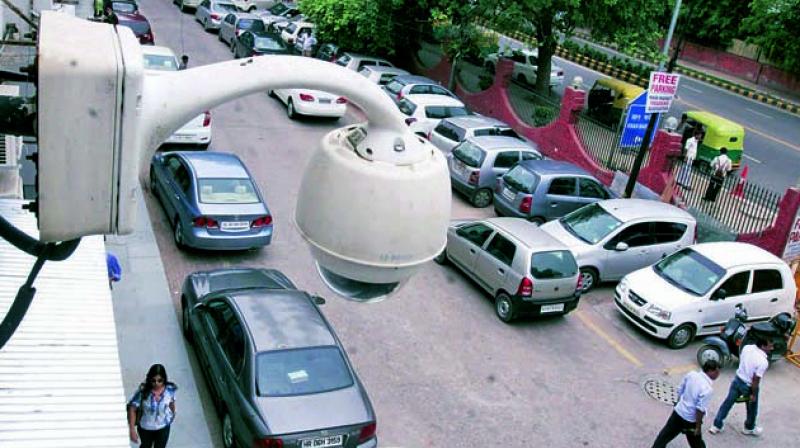 The faulty ANPR system in the cameras is sending out wrong e-challans to motorists. (Representational Image)

Mumbai: Glitches in the batch of around 400 high-end CCTV cameras equipped with the Automatic Number Plate Recognition (ANPR) feature, which were installed in the city two months ago, have created a problem for Mumbai traffic police, which has received 135 complaints from motorists for receiving e-challans for violations they never committed. The faulty ANPR system in the cameras is sending out wrong e-challans to motorists. The traffic cops will be rectifying the error after checking the cameras to identify the faulty ones.

Cameras equipped with the ANPR feature have been installed at more than 150 junctions, with two or three cameras installed at each location so as to get a better scope of netting violators. The locations where the cameras with the latest feature are installed include the Bandra-Worli Sea link toll plaza, the Shivaji Park signal and signals on the S.V. Road in suburban Mumbai.

Officials from the traffic department said that CCTV cameras with ANPR features were installed on a trial basis to tackle the menace of over speeding and racing in various parts of the city.

These cameras are equipped to detect vehicles exceeding the 80 kmph limit.

However, this move seems to have backfired on the Mumbai traffic department as they have been receiving complaints from motorists claiming they did not violate any rules.

When The Asian Age contacted Amitesh Kumar, Joint Commissioner of Police (Traffic), he said, “The technical glitches are being resolved, and whatever e-challans were wrongly sent, will be reversed.”

Kanan Joshi, a Malad resident who received a wrong e-challan said, “I was sent an e-challan for violating an over speeding rule in South Mumbai in mid-January. But I never went on my two-wheeler beyond Mahim since I work in Andheri. I have complained but am yet to get a reply from them.”

Chirav Lalwani, who received an e-challan for breaking a signal near Bandra said, “Generally, with an e-challan, one gets proof in the form a camera grab, but I did not receive anything, hence I wont pay.”