The accused had fled to Kalyan after the murder and later left Mumbai after a brief visit to Pawar’s residence in Virar. 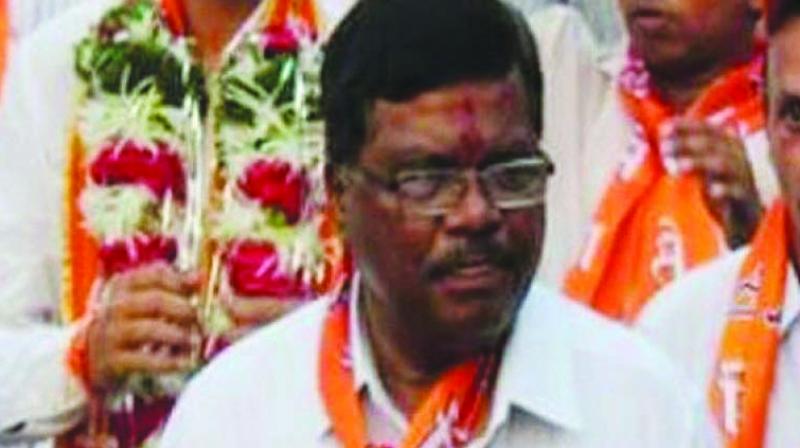 Mumbai: Even a month after the murder of former Shiv Sena corporator Ashok Sawant, the main accused Jagdish Pawar, alias Jagga and Abhijit Mane are still on the run. Police sources said the absconding accused haven’t used their mobile phones yet and that there has been no trail of the duo. The accused had fled to Kalyan after the murder and later left Mumbai after a brief visit to Pawar’s residence in Virar.

While the Samata Nagar police has formed four teams for tracking them down, the  city crime branch is also on their lookout. Till date, the police has arrested 17-year-old class XII student from Pune, Sohail Dodhiya, Ganesh Jogadand and Vishal Gaikwad from Kalyan. Jogdand drove the rickshaw from which Sawant alighted outside his residence on the night of January 8, after which three people, including the juvenile and Dodhiya attacked him with sharp weapons.

“The duo are the brains behind the crime that was executed heinously by the group. They are constantly changing their locations and hence it is getting difficult to track them down. But the search is still on,” said a senior police officer.

The probe revealed that Pawar and Sawant were at loggerheads over several reasons after which the former hatched a plan to get even with the local political heavyweight The murder’s motive allegedly revolved around Sawant’s construction company, SD Corp, and certain alleged illegalities pertaining to its projects. An arrested accused, RTI activist Anil Waghmare, allegedly tried to extort money from Sawant but failed. According to the police, he then came in contact with Pawar and then the plan was hatched to kill Sawant. “The duo had different motives but teamed up to execute the offence. It was out of anger they harboured towards Sawant,” said an officer of Samata Nagar police station.