PM Narendra Modi to launch them at Magnetic Maharashtra on February18. 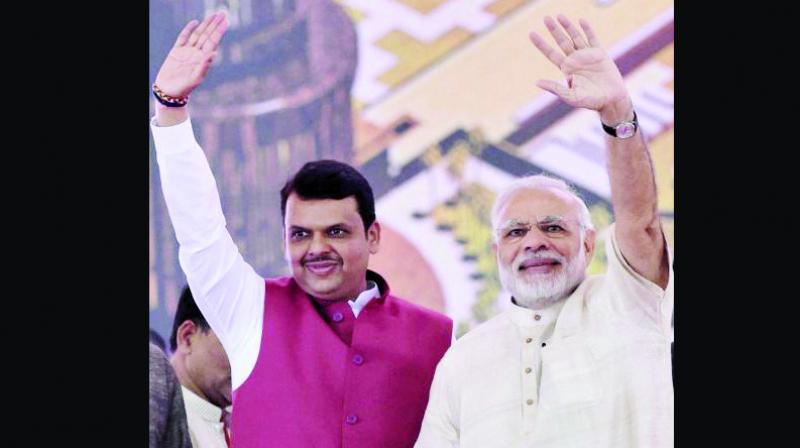 Mumbai:  Ahead of the investment summit Magnetic Maharashtra, the state government on Tuesday approved seven industrial policies regarding GST concession, electric vehicles, logistic parks, garments and use of coir. Prime Minister Narendra Modi will unveil these policies during the event on February 18 at the Bandra-Kurla Complex.

Aiming to boost investments in the coming years, other approved policies include Aerospace and Defence Procurement Policy. “The government is aiming for 200 crore dollar investment in the next five years and employment generation figure of about a lakh. The American Aerospace Industry is a one lakh crore dollar and growing with three to four per cent every year. This growth can be utilised by developing country like India to produce the requirements,” said an official from the industries department.

“Under the defence policy, the state government will set up production centers (defense hubs) at Pune, Nagpur, Ahmednagar, Nashik and Aurangabad,” the official added. 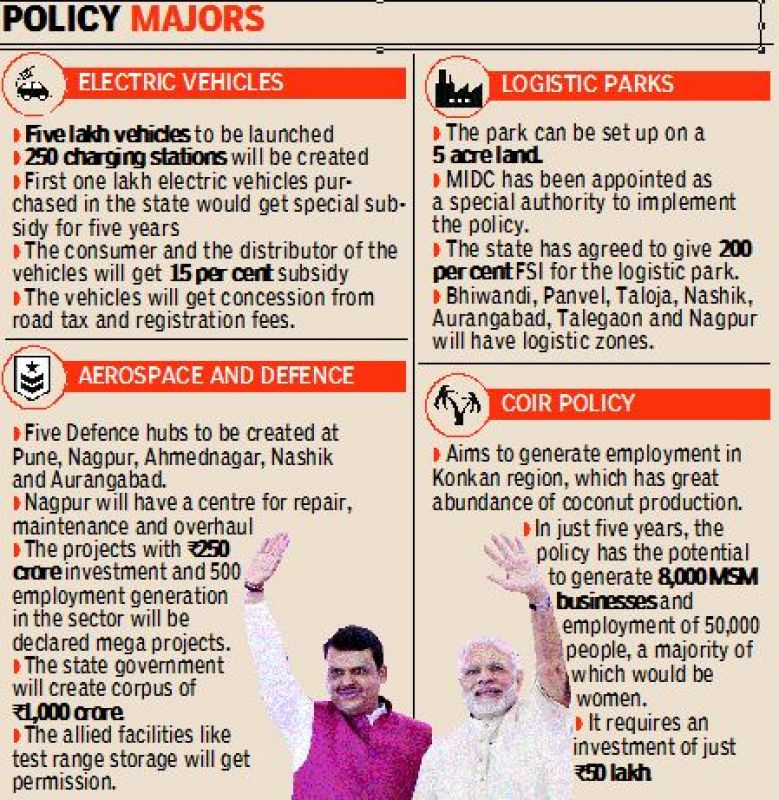 Another important policy unveiled in the cabinet meeting on Tuesday was related to electric vehicles. “The state is targeting to increase the number of electric vehicles to 5 lakh. With electric vehicles, parts, batteries, assembly enterprises and charging facilities, the industry is expected to bring an investment of Rs 25,000 crore. The electricity required for these vehicles will be given at the same tariff as residential electricity,” said an official.

In the Maharashtra Logistic Park policy, the state’s emphasis will be on creating 25 logistic clusters across Maharashtra. At present, the state lacks professional logistic facilities. With the help of the policy, the facilities will be made available, the official added.

With a view to make employment available to 1.2 million people, the government has chalked out the Industrial Parks for Readymade Garment Production Policy. It is expected that women would play a major role in the garment industry. Also, as the city is known for its diamond market, the Gems and Jewellery Policy will help in making incoming investments easy.

After implementing the GST, the state government is going to offer some concessions to the industries. “The concessions given to industries in earlier VAT scheme would continue in this policy and will be applicable for inter-state sales. In vehicle production business, the vehicles registered in the state will get concession in state GST,” the official said.