The District Caste Committee (Mumbai) heard both the parties on Monday and will pronounce its decision before February 20, 2018. 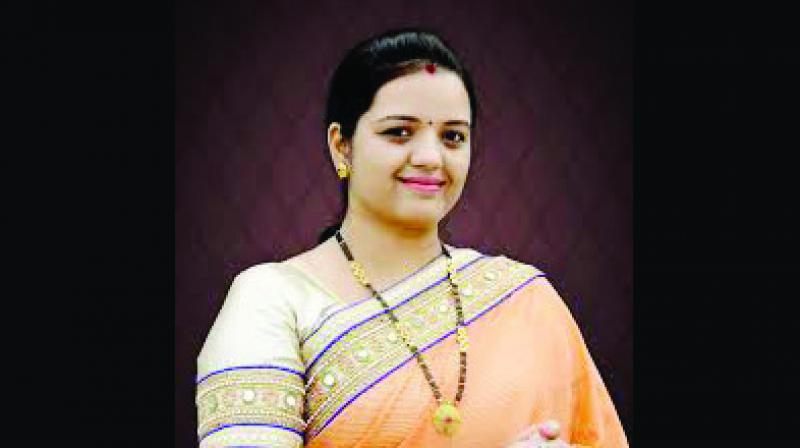 Mumbai: Mira Bhayandar Munici-pal Corporation (MBMC) mayor Dimple Mehta, who belongs to the Bharatiya Janata Party (BJP), has landed in trouble over the validity of her caste certificate. Ms Mehta had contested for the mayoral chair on the virtue of her claims of belonging to the Hindu Darji, a caste that has been recognised as the Other Backward Class (OBC). However, social activist Pradeep Jangam has challenged the validity of her caste certificate, under the relevant sections of the Maharashtra Scheduled Caste, Sche-duled Tribes, Denotified Tribes (Vimukta Jatis), Nomadic Tribes, Other Backward Class and Special Backward Categories (Regulation of Issuance of Verification of) Caste Certificate Act.

The District Caste Committee (Mumbai) heard both the parties on Monday and will pronounce its decision before February 20, 2018.

Apart from stating that the OBC certificate was procured by misrepresenting facts, the petitioner has contended that probative value in context to the authenticity of the domicile status were clearly inconclusive.

Mr Jangam said, “After minutely going through the documents sourced under the RTI act, the ambiguities in context to the caste validity and ancestral status of the mayor is under question.”

Terming the allegations baseless and politically motivated, Ms Mehta said, “As a law abiding citizen, I have submitted genuine proof for obtaining caste certificates, supported by all the documents from my forefathers’ time.”

As per a 2012 amendment to the Caste Certificate Act, 2001, an applicant for a Scheduled Caste certificate has to submit a domicile certificate dating back to 1950. The cut-off year was fixed at 1961 for nomadic tribes, and October 13, 1967 for OBC.