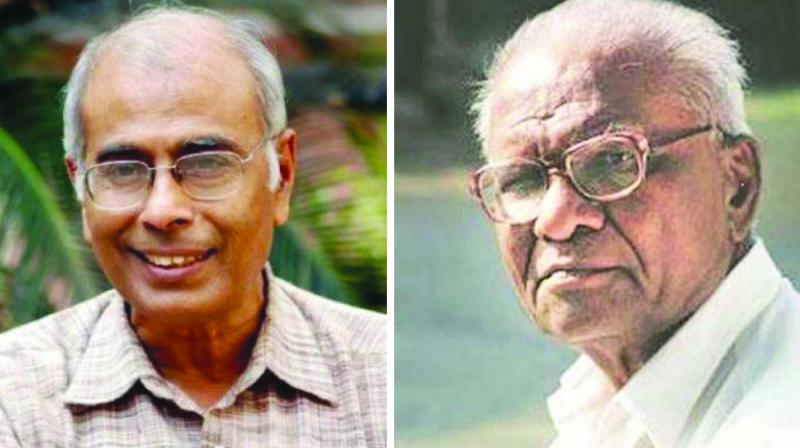 Mumbai: The Central Bureau of Investigation (CBI) and the Maharashtra Crime Investigating Department (CID) assured the Bombay high court on Wednesday that they would file their supplementary chargesh-eets in the killings of rationalists Narendra Dabholkar and Govind Pansare by next week.

Additional Solicitor General (ASG) Anil Singh who represented CBI told the HC that it had arrested and identified Sachin Andure and Sharad Kalaskar as the two persons who shot at Dabholkar, leading to his death. Mr Singh said the CBI will file the supplementary chargesheet against the two by February 13.

Ashok Mundargi, senior counsel for CID’s Special Investigation Team (SIT) that is probing Pansare’s killing also told the court that the agency was going to file its supplementary chargesheet against three more persons arrested in the case by February 12. Mr Mundargi said that after the chargesheet, the CID will “concentrate” on arresting the absconding accused persons in the case.

A bench of justices S.C. Dharamadhikari and M.S. Karnik accepted the submissions, but said the court expected much more from the “premiere” probe agencies. “By the next date, you must make some concrete efforts to arrest the absconding accused,” the bench said.

Dabholkar was shot dead on August 20, 2013, in Pune while he was out on a morning walk, while Pansare was shot on February 16, 2015, in Kolhapur and he succumbed to his injuries on February 20. The high court has been hearing pleas filed by the family members of Dabholkar and Pansare seeking a court-monitored probe in both cases.

On last hearing, court had pulled up state SIT and CBI when CBI sought extra time to file progress report. The court had th-en questioned why no chargesheet has been filed against arrested accused in Dabholkar case till date.

The bench had asked both the agencies to make a sincere effort towards tracing the absconding accused. The court also gave example of Karnat-aka police who filed char-gesheet in Gauri Lankesh murder case. It also exp-ressed displeasure on the investigation saying state agencies are dependent upon other states probe agencies.