Union is yet to release the dues of Rs 25,000 crore to Maharashtra for this year under 'one nation one tax' programme 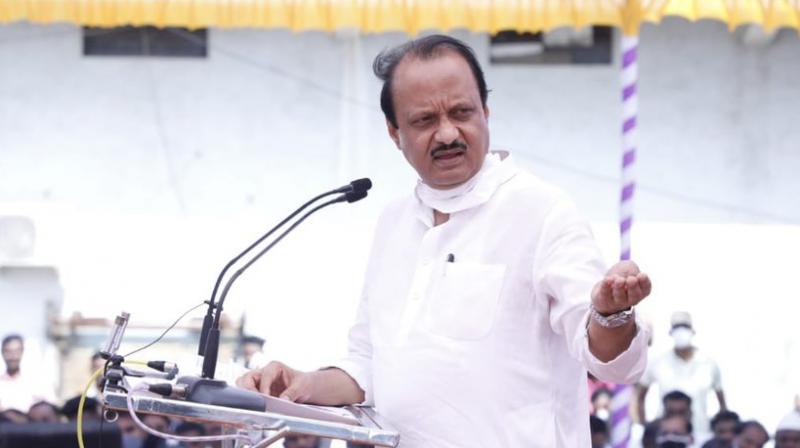 Nagpur: A "shortfall" of Rs 1 lakh crore is likely in the forthcoming Budget 2021-22 for Maharashtra, deputy chief minister Ajit Pawar said on Sunday.

Speaking to reporters, he said the Central government is yet to release the dues of Rs 25,000 crore to Maharashtra for this year under 'one nation one tax' programme, but the situation is changing now and money is being sent every week. He said such shortfall affects the future development works.

The Budget session of the state legislature is scheduled to begin on March 1.

"We have to give salaries and pensions to the tune of Rs 1.50 lakh crore every year out of the Rs 4.50 lakh crore annual budget, leaving us with Rs 3 lakh crore. In such scenario, a shortfall of Rs 1 lakh crore is likely in the comingBudget," Pawar, who holds Finance portfolio, told reporters.

He said the allies in the Shiv Sena-led Maha Vikas Aghadi (MVA) government have decided against slashing allocations for departments of police, health, food and civil supplies and PWD.

"The Central government had stopped MP funds since the last two to three years, but we increased the legislator funds to Rs 3 crore and did not reduce the quantum, given that these funds play an important role for development of constituencies," he said.

When asked about the allegedly objectionable speeches made by some speakers at recently-held Elgaar Parishad in Pune, Pawar said, "There was no reason to give such statements. Those present on the stage should have stopped those who made such remarks. If it continues like this, it is dangerous for our country, state and for all sections".

He said state Home minister Anil Deshmukh has already ordered an inquiry into the issue and an offence has also been registered in Uttar Pradesh.

"Strict action will be taken if rules and Constitutional norms are found to be violated (at the conclave)," he said, adding that one should use his right of free speech judiciously.

On the selection of new Speaker for Maharashtra Assembly after resignation of incumbent Nana Patole, Pawar said the MVA constituents--Shiv Sena, NCP and Congress-- will take a unanimous call on selection of a candidate for the post.

Patole stepped down from the post after he was selected as the president of the Maharashtra Congress.