Maharashtra to sell excess tur dal at malls for Rs 60

The government is supplying it at cheaper rates and hopes to get good response. 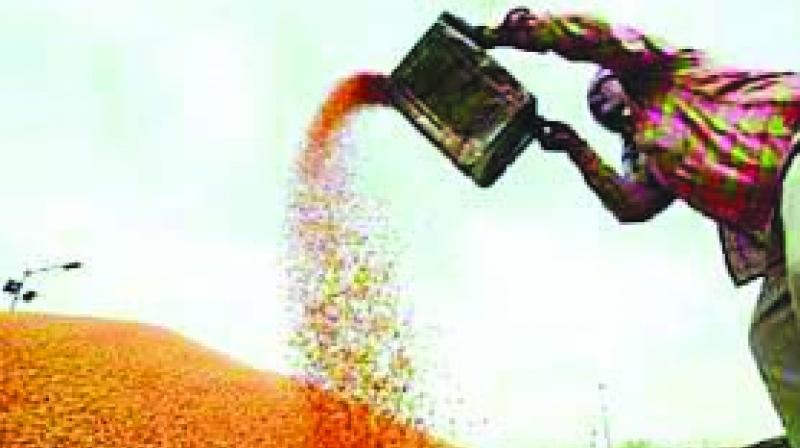 The state government has been able to sell only 4 lakh quintal tur dal till now, said sources.

Mumbai: The state government has decided to sell tur dal for Rs 60 per kg at all malls across the state following the poor response received for its sale at ration shops. The cabinet sub-committee came to this decision on Tuesday.

Due to a bumper harvest of tur, the government had purchased 25 lakh quintal tur from farmers in 2016-17. After stocking it for almost 10 months, it decided to sell it through ration shops at Rs 55 per kg. Some tur dal was also supplied to the women and child welfare department and others at Rs 75-80 per kg. The government had purchased it for Rs 50 per kg.  It now has a stock of 17 lakh quintal as only 4 lakh quintal has been sold till now, said sources from the marketing department.

Considering the stock cost, milling, transport and other charges, the cost of the tur dal has touched Rs 78 per kg. The government was expecting a loss of Rs 500 crore due to sale of  tur at Rs 55 in ration shops. The finance department had objected to it, according to sources from the food, civil supply and marketing department.

A meeting of the sub committee under the chairmanship of marketing minister Subhash Deshmukh took place on Tuesday, in which food and civil supply minister Girish Bapat also participated. The government has already started to purchase the tur from farmers since the last three-four months and it doesn’t have storage capacity. Hence, it wants to dispose of the tur purchased last year at and has decided to it for Rs 60, a senior minister told The Asian Age.

The state government now will ask Reliance Fresh, More, Big Bazaar and other malls across the MMR to sell the tur. It will packed tur dal to the malls, which will be displayed separately. In the open market, the dal is available at Rs 70-80 kg. The government is supplying it at cheaper rates and hopes to get good response from consumers, said senior officials.