Will convert 25 Per cent of its force to those who can work both as driver and conductor. 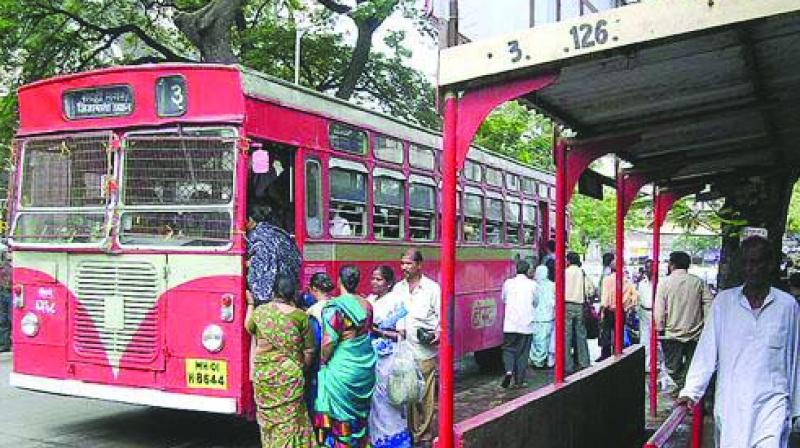 Mumbai: The Brihanmumbai Electric Supply & Transport (BEST) will convert 25 per cent of its force to people who will have the skill of working as both drivers and conductors, in a bid to cut costs.

The proposal, which is yet to get the official committee approval and a copy of which is with this newspaper, states, ‘The undertaking is facing a severe financial crunch and cannot afford to recruit more staff.’ It further states, ‘Hence there is a need to encourage multitasking of activities as is done in many organisations.’

The undertaking is also considering hiring private drivers on contractual basis in order to not have any additional costs that are given in the form of incentives and schemes.

Those who want to apply for the post bus-cum-driver should be at least an SSC pass, have six months of experience without incident of driving heavy motor vehicle and should not have night/colour blindness.  An official said, “The step is a logical one as we are still unsure about how we are to pay the salaries to our workers for the month of April in May.”

Although the call for drivers-cum-conductors has been limited to current drivers and conductors, the proposal of hiring exclusively private contractural drivers for running BEST buses has always been a controversial suggestion. Some says this is akin to when, in 2007, when the then general manager Uttam Khobhragade had hired anyone with a license in break the union’s strike. This had been become a prestige issue for the Brihanmumbai Municipal Corporation (BMC) as well as the BEST management.

Meanwhile, the recognised union- BEST Workers Union has threatened to go on strike over the proposal of rationalisation of labour (laying off some workers) as well as the removal of all subsidies to commuters as well as its workers.

In addition, perks like the spouse of BEST workers being allowed to travel for free in a bus as well as concession to their children will soon be removed, as the undertaking wants to increase revenue as much as it can.