He told a press conference there is no plan to advance the state election so as to hold it along with the Lok Sabha elections. 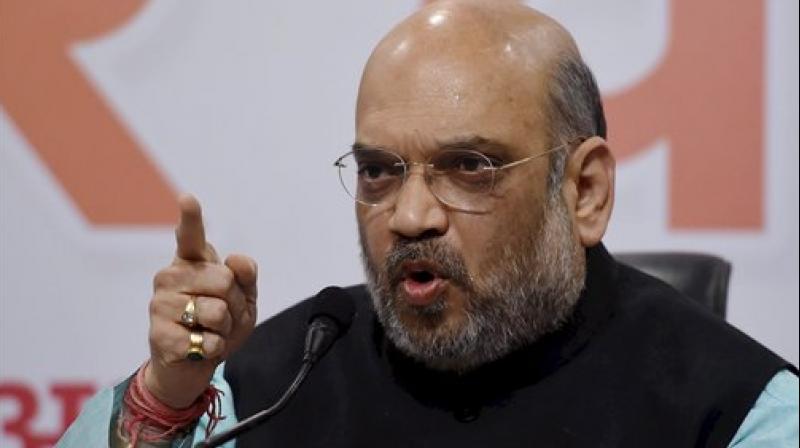 Mumbai: The Bharatiya Janata Party (BJP) president Amit Shah has ruled out early elections in the state even as he expressed the hope that the Shiv Sena will be part of the National Democratic Alliance (NDA) in next year’s election, though the Sena has made clear its desire to go it alone.

He told a press conference there is no plan to advance the state election so as to hold it along with the Lok Sabha elections.

The BJP leader, who was here to attend BJP’s 38th foundation day rally, of made light of alleged differences with the junior alliance partner, saying, “They are still in the government.”

The Union government is trying to bring down fuel prices and bring them under GST for which consultation is on with the states, the party president said. He claimed that petrol and diesel prices are still less than during the time of the Congress-led United Progressive Alliance (UPA) government at the Centre.

When asked about the exit of Chandrababu Naidu’s Telugu Desam and some other parties from the NDA, he said, “Compared to 2014, we have more parties with NDA for the 2019 elections. Though the BJP got the majority in Uttar Pradesh and other states, we have accommodated the NDA allies in the governments and we will take all allies with us.”

Shah had referred to Congress president Rahul Gandhi’s allegations in his speech at the rally. When asked if the BJP has finally begun taking note of Mr Gandhi unlike earlier, Shah quipped, “He was not the president of Congress at that time. But after becoming president, he… (Shah laughed).”

BJP MPs will hold a fast on April 12 in their constituencies against opposition parties who created the logjam in the Parliament proceedings. BJP MPs, MLAs and other representatives will go to 20,000 villages across the country from April 15 to May 5.