After the police questioned thoroughly, Vadivel allegedly confessed that he had kidnapped and killed the girl. 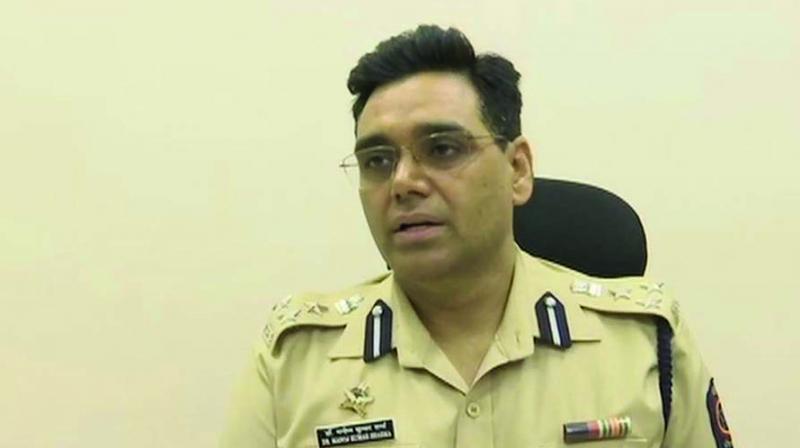 Mumbai: The body of a nine-year-old girl, missing since the past two days, was found from a slum area in Juhu, Mumbai on Saturday. The police suspect she was raped before being killed.

A 35-year-old, Devendra Vadivel (35) alias Gundappa, has been arrested on Saturday. Vadivel had served seven years in jail for raping a minor girl and was released from the jail in 2017.

Since Vadivel had a criminal background, he was on police radar, and was arrested soon after the girl’s body was found in the drain of a public toilet.

Additional Commissioner of Police (West region) Manoj Kumar Sharma said, “On Thursday and Friday police left no stone unturned to search the girl. During the  investigation hints towards the accused was received from the locals”.

“During the investigation, we found out that Vadivel had undergone imprisonment for seven years under the Protection of Children against Sexual Offences (POCSO) Act. He also had some past cases of assault and other crimes registered against him prior to his conviction. On suspicion, we picked him up for inquiries on Friday evening,” Mr Sharma said.

After the police questioned thoroughly, Vadivel allegedly confessed that he had kidnapped and killed the girl.

Sources said that he also told the investigating team that after killing the nine-year-old girl, he had taken her to a local public toilet and pried open the lid of a gutter that runs between two rows of toilet stalls and dumped her body inside.

According to the Juhu police, the victim used to stay next at Nehru Nagar area, which is close, the Juhu Police station.

On Thursday when the girl returned from school, her mother sent her to fetch some groceries after which the minor went missing.

Mr Sharma also told the media that the victim's body was recovered from the gutter between the toilet stalls in a mildly decomposed condition on Saturday morning, and sent to the Cooper Hospital in Vile Parle for post mortem examination.

Hundreds of Juhu residents gathered outside the Juhu police station after they came to know that the body of the nine-year-old girl who had gone missing since the past two or three days had been found.

The mob got furious even though the police arrested the murderer so much so that it took the police over four hours to clear the furious mob after assuring them of the strictest and swiftest action possible.

Around 500 people from Nehru Nagar poured out on the streets, demanding that Vadivel be hung on the spot.

There were many women of the area, who could not stop crying for the victim, while the residents also blocked the entire road outside the police station in Juhu.

The police had to call additional reinforcements to disburse the crowd, even as some senior officers tried to reason with them.

Mr Sharma appealed to the crowd by saying, “A similar incident had occurred in 2016 where, a little girl had fallen prey to a similar crime. We had apprehended the accused. The accused were minors in that case but he made a water tight case so the accused could not come out of the jail. But in this case, the accused is an adult and there is no way he will escape the full force of the la prevelant in this country. Most of us here have children of our own and we know fully well what we would do, if, God forbid, our children face something like this. I appeal to everyone standing here, to give the police one chance.”