Union: Will close airports if Jet crisis not sorted

The trade union demanded that the Central government should direct banks to provide financial help to the company. 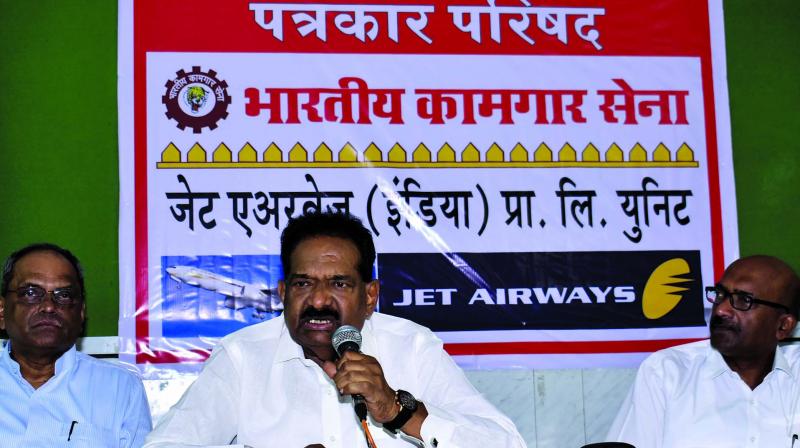 Mumbai: Bhartiya Kamgar Sena, Shiv Sena’s trade union, on Monday threatened to close both airports in Mumbai after May 10 if the Central government does not take an appropriate decision regarding the employees of Jet Airways by then.

About 17,000 Jet Airways employees have lost their jobs owing to the financial crisis that is plaguing the airlines.  In a press conference held on Monday, Suryakant Mahadik of the BKS warned, “Till now, we have been cooperating with the state on the issue. On May 10, we are going to decide the next course of action. If a decision is reached in favour of Jet Airways, there is no question of a protest; otherwise, no plane will fly from the airports in Mumbai.”

The BKS leader claimed that since Jet Airways has suspended all flight operations, foreign companies have been carrying out business worth `800 crore. He also stated that the rates of tickets of other aeroplane companies have increased as they have seen Jet Airways’ financial crisis as an opportunity. “Around 120 Jet Airways planes are on the ground. The most important thing is that other companies have also increased the rates of tickets. This is why people are financially exploited. We have brought all these things to the notice of the officials and the minister concerned,” he said.

The trade union demanded that the Central government should direct banks to provide financial help to the company. “Pilots, cabin crew, engineers and ground staff are trying to move to other companies but they are only given half salaries. This is injustice,” he added.