Chhagan Bhujbal hospitalised on his way to court

He was headed to PMLA court for hearing in money-laundering case. 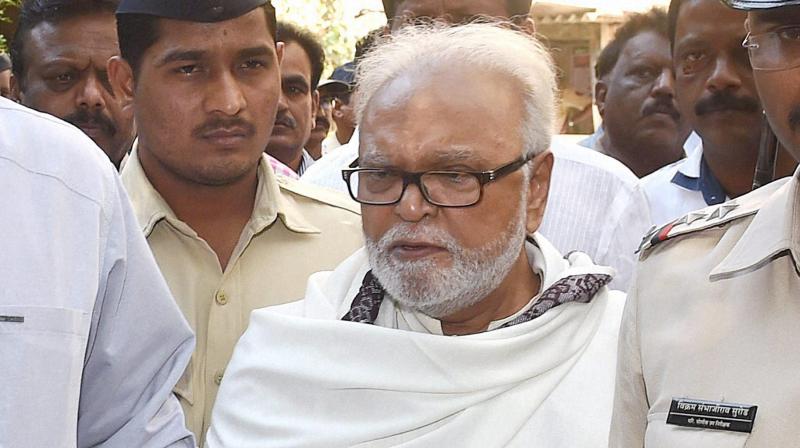 Mumbai: Former Maharashtra deputy chief minister and senior Nationalist Congress Party (NCP) leader Chhagan Bhujbal (70) was admitted to the privately-run Jaslok Hospital in south Mumbai on Monday afternoon.  Bhujbal, who was arrested in a money-laundering case by the Enforcement Directorate (ED) in March 2016 and was granted bail in May this year, was headed to the city court for a hearing in the said case. The exact reason behind his admission to the hospital was not specified but NCP sources claimed that he had a heart attack.

Previously, in May, he was admitted to the Lilavati Hospital for stomach ailments. The Bombay high court had granted him bail on May 4 after which he became active in politics.

Bhujbal’s lawyer Shalabh-Krishnan Saxena said, “Bhujbal had a court date and was on his way to the court for hearing, but mid-way he experienced breathlessness and as he was in the vicinity of Jaslok Hospital, he was rushed to the Jaslok Hospital.” The hospital authorities did not disclose the reasons why Bhujbal was admitted there. However the authorities issued a statement, stating, “At the moment, Chhagan Bhujbal has been admitted at Jaslok Hospital and Research Centre. His condition is stable and he is seeking further treatment.”

MLA Chhangan Bhujbal is accused of misusing his position to launder Rs 857 crore during the re-development of the Maharashtra Sadan, which is the state guesthouse in New Delhi. He allegedly accepted kickbacks through firms owned by his relatives.

Bhujbal was arrested in March 2016 in Mumbai by the ED in connection with its probe in a money laundering.