According to the police, the complainants have alleged that they were targeted while visiting the Ganpati idols at Lalbaug and Parel. 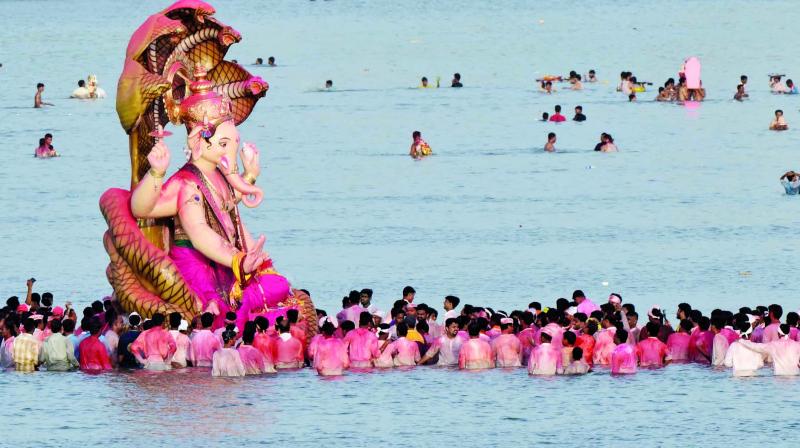 An idol being immersed.

Mumbai: Over 100 people approached the Kalachowky police station to report cases of wallet thefts on Tuesday, which was the last day of the Ganeshotsav. According to the police, the complainants have alleged that they were targeted while visiting the Ganpati idols at Lalbaug and Parel.

According to the complainants, they were a part of the crowd of devotes on the crammed streets of Parel when they were targeted by some unidentified pickpockets.

A police source at Kalachowki police station said on the condition of anonymity that there were only five police. officers present in the police station when a mob of over 100 persons marched to Kalachowki for lodging complaints for stolen wallets with cash worth over `13,000.

The police have nabbed 12 repeat offenders for pickpocketing and are questioning them to find some lead in the case.