Ms Damania said that she has also written to the state women’s commission and sought strict action against Khadse. 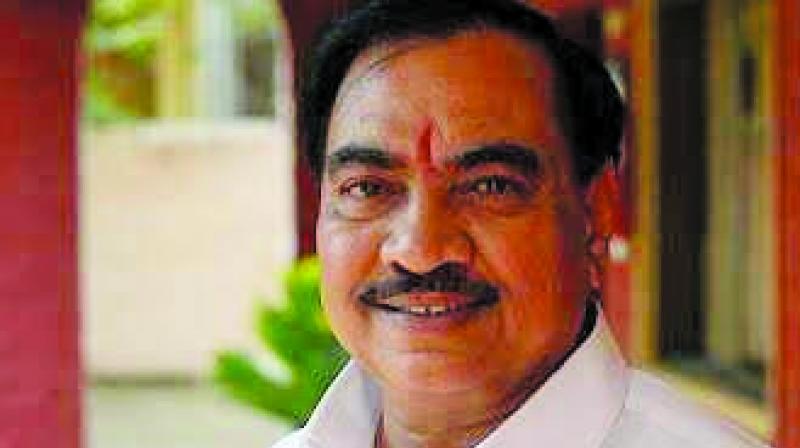 Mumbai: Former Bharatiya Janata Party (BJP) minister Eknath Khadse has courted controversy again after he allegedly made derogatory remarks about social activist Anjali Damania. Ms Damania had gone to lodge an FIR at Vakola station and sought Khadse’s arrest. In a Youtube video Khadse allegedly said, “The mangoes at my farm are bigger than Ms Damania’s”. However, Khadse has denied making any such remarks.

Khadse, who resigned as minister over corruption allegations, made these crass remarks while describing his mango orchard, which apparently grew in 10 years. The video has now been removed from the social media site. “I have written to the CM seeking Khadse’s arrest over the obscene comments. He made the remarks while speaking at a public meeting in Jalgaon,” Ms Damania said. She alleged that the police did not lodge her FIR till late evening.

Ms Damania said that she has also written to the state women’s commission and sought strict action against Khadse. She has demanded his arrest under IPC section 354 (assault or criminal force to woman with intent to outrage her modesty).

Rubbishing the allegations made against him, Khadse said, “I have never made any obscene remarks against her.

I have not taken any name in my speech. There are many Damania in the society. I do not have any intention to insult a woman.”

Jalgaon district superintendent of police Dattatreya Karale said, “The police will record statements of the persons concerned and investigate the matter.”

The Bombay high court recently had asked the Maharashtra government to inform it in the next three weeks what steps it has taken in the last 10 months against the corruption charges leveled against Khadse.

Ms Damania and few other social activists had filed a public interest litigation in the HC alleging that Khadse had amassed huge wealth when he was minister. The PIL states that the property owned by Khadse and his relatives was bought through unfair means and amounts to disproportionate assets.