More than 400 trees to be axed in East Suburbs

Due to lack of proper information, no action is taken against those who have flouted the rules regarding planting of trees. 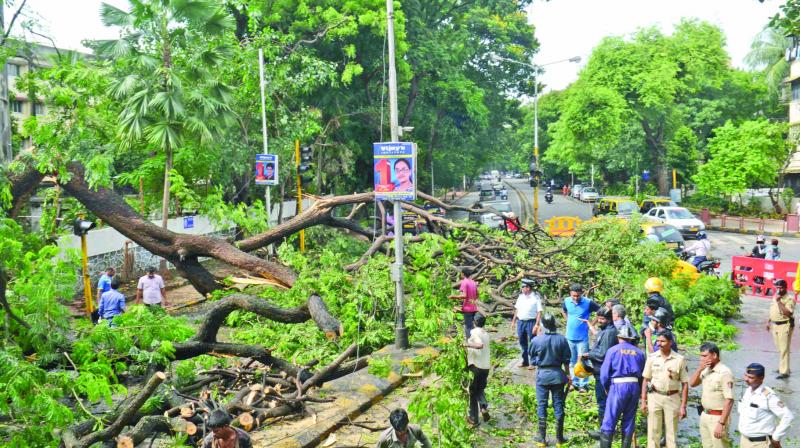 120 trees will be chopped off right away.

Mumbai: The axe will fall on more than 400 trees in Eastern Suburbs for the works of Bharat Petroleum refinery at Mahul and other BMC works. Of them, 120 trees would be chopped right away, whereas 295 will be transplanted.

The Brihanmumbai Municipal Corporation (BMC) has tabled five tree cutting proposals, three related to Bharat Petroleum refinery works and two to BMC works, in the tree authority meeting to be held on Thursday.

According to civic officials, 212 and 17 trees need to be cut and transplanted respectively for the Mumbai Refinery of Bharat Petroleum at Calico plot in Mahul. In addition to this, the BMC has undertaken the reconstruction of Premier Nullah system at Nehru Nagar along with several other projects.

“To maintain green cover in the city, the civic body has decided to stress more on tree replanting and transplant rather than cutting them. The chopping of trees will be done only in exceptional cases,” said a senior civic official.

Several proposals come up for approval before the civic tree authority. However, there are allegations that developing agencies and builders pay no attention to civic rule of planting double the number of trees that have been axed. Due to lack of proper information, no action is taken against those who have flouted the rules regarding planting of trees.