The petition stated several deaths have taken place due to the game. 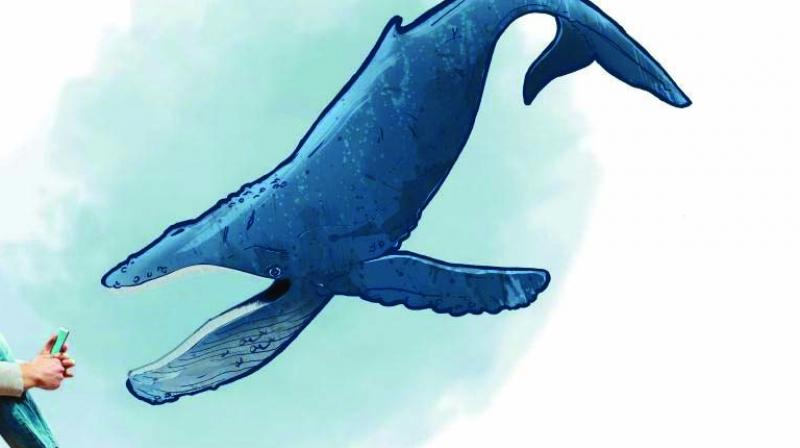 The Blue Whale Challenge dares players to kill themselves as the final part of the 50-odd tasks it asks participants to perform.

Mumbai: A non-governmental organisation (NGO) has filed a petition in the Bombay high court seeking that it issue directions to state authorities to stop the controversial online ‘Blue Whale Challenge’ game, which has led to a few deaths including that of a teenager in Mumbai, and the setting up of a helpline. The petition stated several deaths have taken place due to the game.

The petition, which was filed by Shehzad Naqvi, the lawyer of the NGO Citizen Circle for Social Welfare and Education, will be mentioned before the court on Thursday. The Blue Whale Challenge dares players to kill themselves as the final part of the 50-odd tasks it asks participants to perform.

Petitioner stated that children in India are getting trapped in such a dangerous game on account of their innocence and due to the easy availability of the same, are losing their lives. He said that nowadays, most children are found using mobile phones at an early age itself and thus, there is a great danger to the children of this era if government agencies like cyber crime do not commit themselves to protecting their (players’) lives and limbs and thereby, protect their fundamental right as enshrined in Article 21 of the Constitution.

Petitioner sought direction from the court to the concerned authorities that they should take necessary legal action against any person promoting or circulating the same. He said the court should frame guidelines and direction should be issued to scrutinise online games in India. He also prayed that the court should direct authorities to set up a 24-hour helpline to register complaints pertaining to the game.