Andhure, a suspected shooter in the Dabholkar murder, was in Pune’s Yerawada Central Jail. 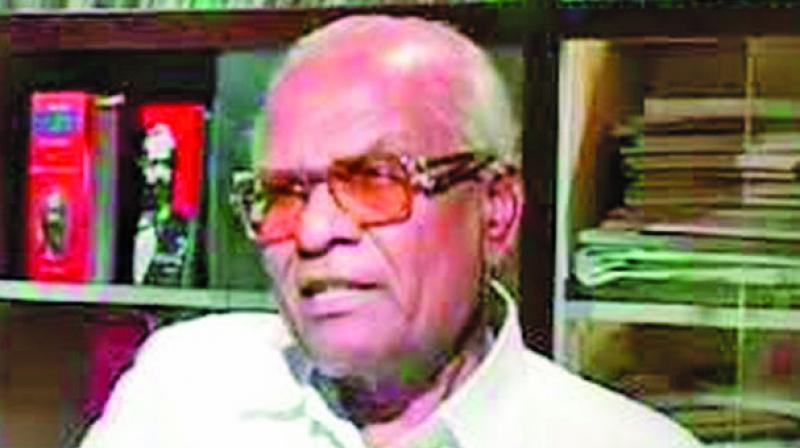 Mumbai: The joint special investigation team (SIT) of the Central Bureau of Investigation (CBI) and the National Investigation Agency (NIA) that is probing the 2015 murder of veteran CPI leader Govind Pansare on Friday took three suspects into custody, including Sachin Andhure, who is linked to the killing of rationalist Narendra Dabholkar.

Apart from Andhure, the other suspects have been identified as Amit Baddi and Ganesh Miskin, officials said, adding that the total arrests in the case have risen to 12.

Andhure, a suspected shooter in the Dabholkar murder, was in Pune’s Yerawada Central Jail. The two others were lodged in Arthur Road Jail in connection with the Nalasopara arms seizure case. The duo is also accused in the murder of journalist Gauri Lankesh, who was shot dead in Bengaluru in September 2017.

The firearm used in the three murders was the same and was part of the cache of arms that was seized by the state Anti-Terrorism Squad (ATS) from Nalasopara, investigations revealed later.

“We have arrested the accused based on the roles that have come forward. They will be questioned further,” said an officer on the investigating team.

Dabholkar was shot dead on August 20, 2013, in Pune while he was on a morning walk. Two years later, Pansare was shot at on February 16 in Kolhapur and succumbed to his injuries on February 20. The slew of killings continued with Lankesh being shot dead outside her residence on September 5, 2017.

The investigators subsequently made several arrests and, after nabbing Andhure and recovering the firearm, stated that that the three murders were committed with the same weapon.

In 2018, the ATS busted a terror ring affiliated with right-wing organisations and arrested Vaibhav Raut (40), a gau rakshak (cow protector), and Sharad Kalaskar (25) from Nalasopara and Sudhanwa Gondhalekar (39) from Parvati, Pune.

The ATS arrested also Jalna’s former Shiv Sena corporator Shrikant Pangarkar for providing logistical support to the trio in transporting the explosives and the arms cache that was seized by the ATS. The firearm used in the three murders was found to be part of the cache.