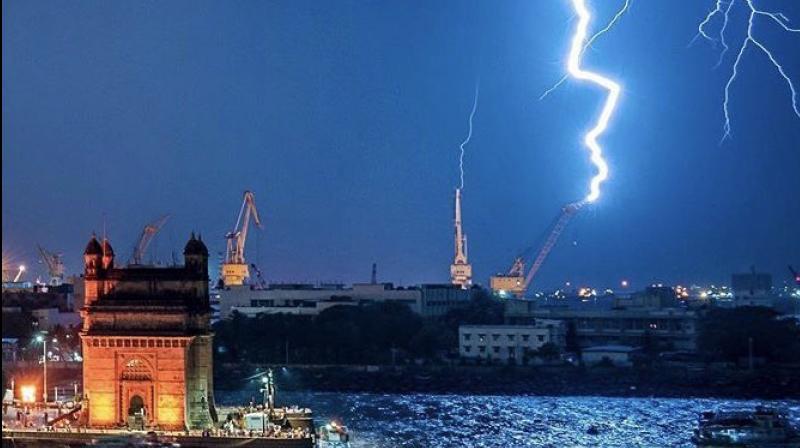 The city had been witnessing dry spells for the last few days, leading to a rise in temperature and humidity. According to a civic official, Mumbai city recorded 31.21 mm rain in the 24-hour period ending at 8am on Wednesday, while the eastern and western suburbs received 10.58 mm and 4.35 mm downpour, respectively.

The city and its suburbs will have partially cloudy sky with possibility of light rain or thundershowers towards the evening or night, the official said, quoting forecast of the India Meteorological Department (IMD).

“Lightnings increased in the early morning hours with rolling sounds. Entire Konkan region is seen with dense clouds. Activity is likely to continue for the next three to four hours over the coast,” IMD Mumbai centre’s deputy director general K.S. Hosalikar tweeted.