During the previous hearing, the court had extended the scope of the PIL and asked the state to constitute the committee. 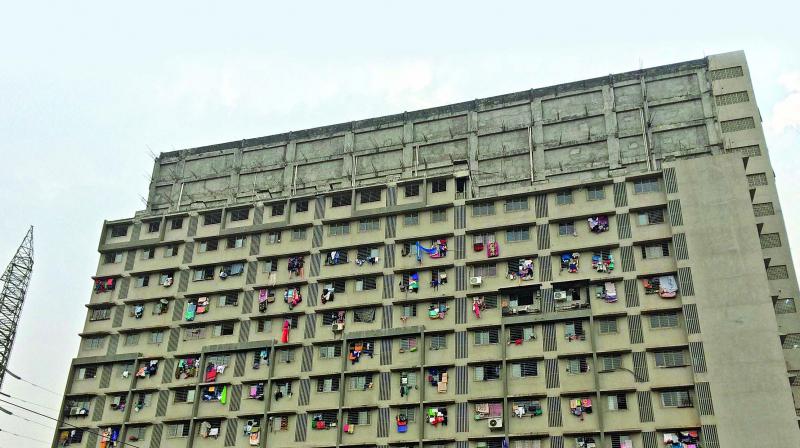 Mumbai: The Bombay high court has been hearing a PIL filed by Shaikh Abdul Rahim, who alleged that members of his society had illegally transferred and sold their tenements in a Slum Rehabilitation project contrary to the provisions of the Slum Act. The petitioner’s counsel also submitted that after having sold the tenements, the slum dwellers have obtained flats under different SRA schemes.

The court has asked the state government and the SRA what action it proposes to take against the persons who are availing themselves of the benefits of more than one slum rehabilitation scheme.

While hearing the PIL, a division bench comprising of Justice R.M. Sawant and Justice K. K.Sonawane learnt that the committee, headed by the additional collector, had surveyed 86,429 tenements in various SRA schemes of which 30,564 tenements were prima-facie illegal.

During the previous hearing, the court had extended the scope of the PIL and asked the state to constitute the committee.

Accordingly, the state had constituted a committee headed by the additional collector to carry out a survey of the slum schemes in the city as well as in the Mumbai suburban district.

The survey report stated that 30,564 tenements are prima-facie illegal out of the 86,429 tenements.

The court was also informed that 11 illegal members were found in the petitioner’s building. Therefore, notices were issued under section 3(E) of the Maharashtra Slum Area (Improvement clearance and Redevelopment) Act, 1971 to the said persons. It also asked the state to file affidavit stating the progress made so far as in the said notices.