State roots for OSM to continue in university

After hearing the submission from the state, the matter has been posted for the next hearing on February 14, 2018. 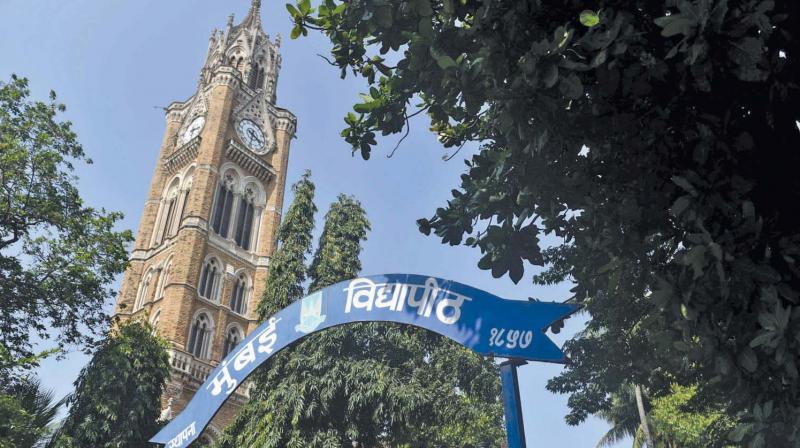 Mumbai: The state government on Wednesday submitted an affidavit in the Bombay high court seeking continuation of the controversial On-Screen Marking (OSM) system that was introduced by the University of Mumbai (MU) for assessing the answer sheets of exams that were held in the first half of 2017. The affidavit stressed that chief minister Devendra Fadnavis and chancellor of all university’s in the state C. Vidyasagar Rao were cognizant of the problems that cropped up due to the OSM being introduced haphazardly, and assured the court that measures were being taken to avoid a repeat of the same and that there would not be any problems when the OSM would be used for the summer exams in 2018.

A division bench of justices B.R. Gavai and Manish Pitale was hearing a writ petition filed by the Bombay University and College Teachers Union (BUCTU) seeking direction against the use of OSM as it was not implemented properly and had created a lot of trouble for the students and teachers. The counsel for BUCTU also argued that the improper implementation of OSM had resulted in delayed results and mix-up of answer sheets of different faculties, as a result of which the teachers were unable to do assessment on time.

On Wednesday, the state submitted the affidavit stating that the varsity had taken measures to ensure that the OSM system will further work without a hitch and hence the court should allow it to be used for the 2018 exams. The OSM was introduced in June 2017 by former vice chancellor of MU Dr Sanjay Deshmukh who was unceremoniously sacked after the issue of delayed results cropped up earlier this year.

Earlier, the varsity had also assured the court that the OSM fiasco would not be repeated but the court had asked the state to place its stand on the issue. After hearing the submission from the state, the matter has been posted for the next hearing on February 14, 2018.