The fire brigade received a call about a blaze at around 7am. 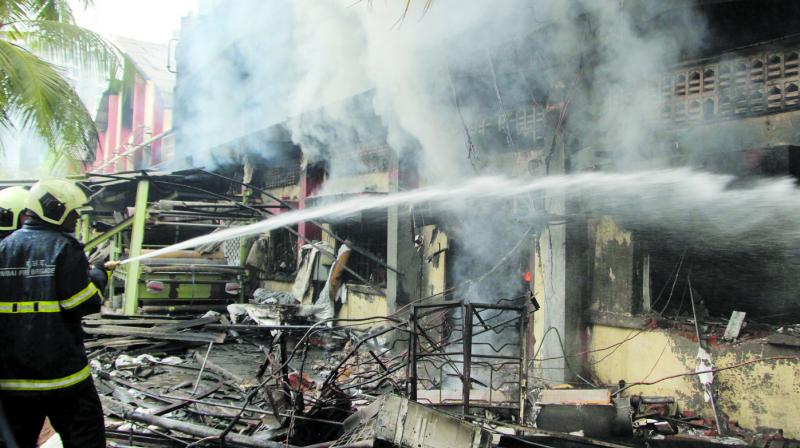 Eight water tankers were rushed to industrial estate at Mulund-Link Road in Goregaon (east) to douse the fire. — MRUGESH BANDIWADEKAR

Mumbai: The spate of fire incidents in the city continues unabated; the latest being a major fire that broke out Wednesday in an industrial estate at Mulund-Link Road, Goregaon (east), gutting dyeing machines, furniture, electric wiring, installations and large stocks of clothes at Parekh Cloth Mill located on the ground floor. However, no casualty was reported.

The fire brigade received a call about a blaze at around 7am and eight tankers were rushed to the spot. It is being investigated why the fire broke out. The estate, named Italian Industrial Estate near Oberoi Mall in Goregaon, is a ground-plus-three structure and houses Parekh cloth mill on the ground floor. A fire official said, “Flames engulfed the large stock of clothes, dyeing machines, furniture, electric wirings, installations etc.”