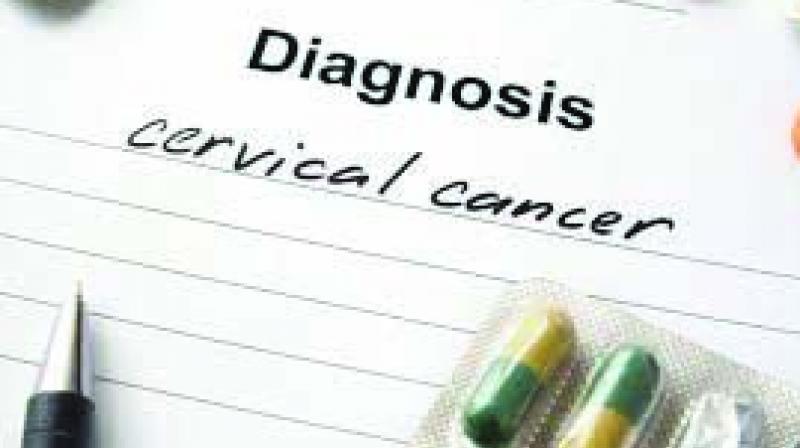 In India, 132,000 cases of cervical cancer are detected every year

The trust-run TMH on Wednesday announced the two studies on cervical cancer that will result in a better survival rate in advanced stages of the disease along with significant reduction in relapse of cervical cancer and subsequent death. The studies’ findings were announced a day before Women's Day on Thursday.

In stage 3 of the disease, chemotherapy works well together with radiotherapy instead of radiotherapy alone. In India, cervical cncer claims around 67,000 deaths annually.