This is her second hospitalisation since being jailed. 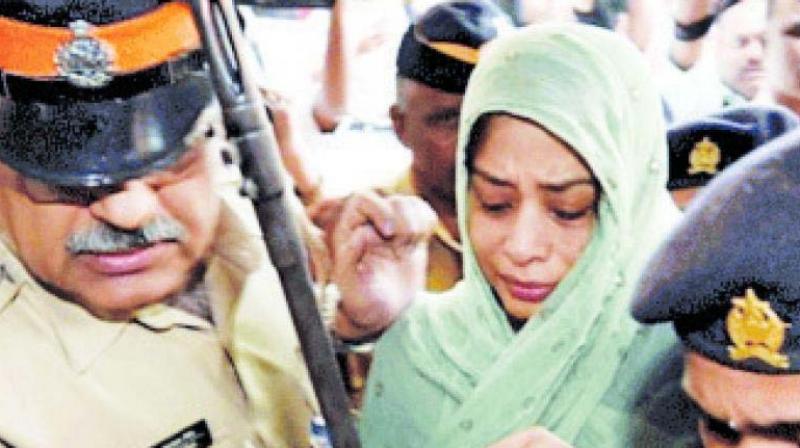 File picture of Indrani being escorted by the police.

Mumbai: Indrani Mukerjea, the prime accused in the Sheena Bora murder case, was rushed to state-run JJ Hospital on Friday night in a drowsy state. She has been shifted to the Critical Care Unit (CCU), where two police constables are standing guard. Indrani underwent an array of tests including liver and kidney function tests, CT scan of her brain and an ultrasound of her abdomen, among others. Her vital parameters are normal. MRI scans results are awaited, said the medical superintendent of the hospital.

Talking to The Asian Age, medical superintendent Dr Sanjay Surase said, “Indrani was brought in at 11.15 pm in a drowsy state. She underwent blood tests and a physical examination before being admitted to the CCU. Her stomach wash has been sent for analysis. The reports are awaited.”

Asked about her condition, Dr Surase said, “Her vital parameters are stable. She is under the care of Dr Wiqar Shaikh and her reports are pending.”

This is Indrani’s second such hospitalisation since being lodged in the Byculla women’s prison. In October 2015 she was rushed to JJ Hospital in semi-conscious condition after a suspected drug overdose. At the time, she was hospitalised for nearly a week, and conflicting reports arose on what led to her hospitalisation.

Indrani allegedly abducted and murdered her daughter Sheena on April 24, 2012 along with her former husband Sanjeev Khanna and driver Shyamvar Rai in conspiracy with her third husband Peter Mukerjea. Sheena’s body was disposed of on April 25, 2012, at a deserted spot in Raigad. Rai was arrested on August 21, 2015, in an illegal arms case and he later spilled the beans.