It will be the first time both leaders will campaign together after the BJP and Sena decided to join hands for the Lok Sabha polls. 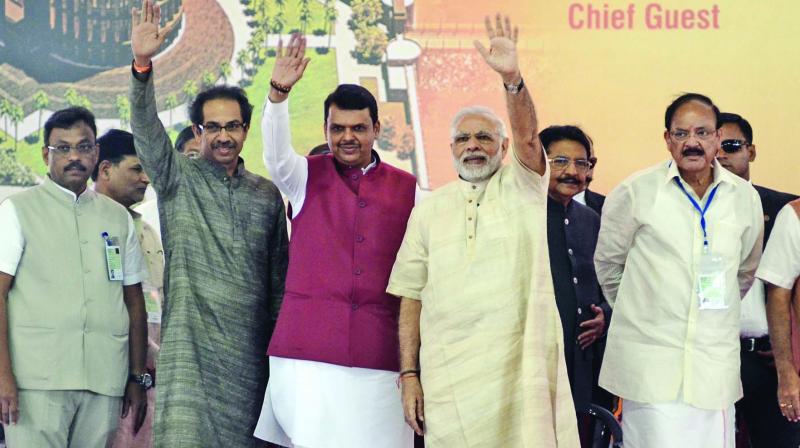 The pm addressed a rally in Nanded where the state Congress president Ashok Chavan is contesting against BJP’s Pratap Chikhalikar.

Mumbai: Soon after holding a rally with chief minister Devendra Fadnavis, Shiv Sena chief Uddhav Thackeray will share the dais with Prime Minister Narendra Modi for the first time in three years to campaign for the upcoming Lok Sabha polls.

Both Mr Modi and Mr Thackeray will address a joint rally at Ausa in Latur to seek votes for Bharatiya Janata Party (BJP) and Sena candidates, said BJP sources.

It will be the first time both leaders will campaign together after the BJP and Sena decided to join hands for the Lok Sabha polls.

The polling in Latur and Osmanabad will be held on April 18. “The fact that Modiji and Uddhavji will hold a joint rally will send a positive signal among the rank and file of both the parties. It will also encourage party workers to work hard to ensure the victory of their candidates,” said a senior BJP leader. After holding public gatherings in Wardha and Gondia in Vidarbha, the Prime Minister addressed a rally in Nanded on Saturday, where the state Congress president and former chief minister Ashok Chavan is contesting against BJP’s Pratap Chikhalikar.

The last time Mr Modi and Mr Thackeray had shared a dais in Mumbai was in December 2016, during the foundation stone-laying ceremony of the Chhatrapati Shivaji Maharaj memorial off the Arabian Sea.

Mr Thackeray had kick-started the BJP-Sena alliance’s poll campaign on March 24 in Kolhapur along with Mr Fadnavis.

The BJP and Sena had announced it would contest 25 and 23 seats respectively in Maharashtra, which has 48 Lok Sabha constituencies.

Earlier, the two parties parted ways after the 2014 Lok Sabha polls and contested the state Assembly elections on their own.