This was Thakur’s first appearance before the court after being elected to the Lok Sabha from Bhopal last month. 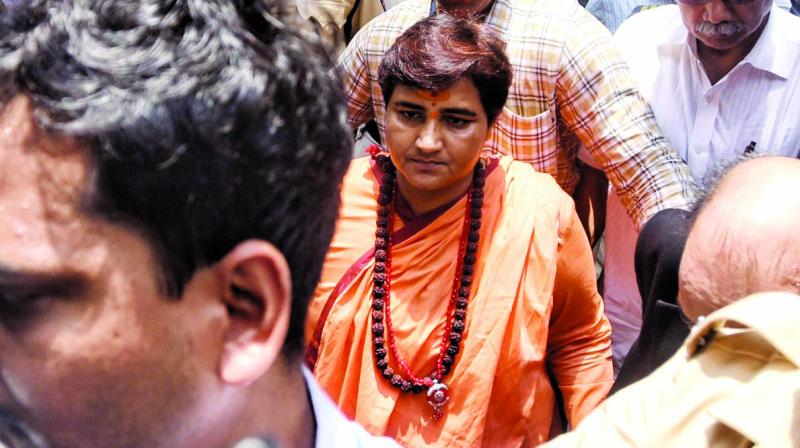 The special NIA court Judge tested Thakur and another accused Sudhakar Dhar Dwivedi alias Dayanand Pandey, who are seeking continuous exemption from personal appearance in the court, by asking how many witnesses the court has examined so far. While Sadhvi said she was not aware of it, Dwivedi replied with the correct figure.

The judge then asked them if they were aware that a bomb blast had taken place at Malegaon in North Maharashtra in September 2008 where six people were killed. To this, Thakur replied, “Mujhe jankari nahi hai (I have no information about it).” Dwivedi too gave a similar answer.

Judge Vinod Padalkar loudly read out an order passed by him in which, he said that section 313 (1) (a) gives power to the trial judge to ask any question related to trial at any stage, without previously warning the accused if the court considers it
necessary.

Interestingly, the judge clearly said that the court has so far examined 116 witnesses. Later, the judge announced that he would be asking the accused two questions under section 313 (1) (a) and also asked Thakur if she could understand English to which she replied that she understands Hindi.

This was Thakur’s first appearance before the court after being elected to the Lok Sabha from Bhopal last month. The last time was during the framing of charges in the case in October last year. Judge Padalkar had last month directed all the accused, including Thakur, to appear before the court at least once a week. The judge then had said an exemption from appearance would be granted only if cogent reasons were submitted.

The court is currently recording the testimony of witnesses in the case. Seven persons, including Thakur and Lt Col Prasad Purohit, are facing trial in the case.