The lifeguards at the beach were able to rescue one of the group - Wasim Khan (22), as he hadn’t ventured that deep into the sea. 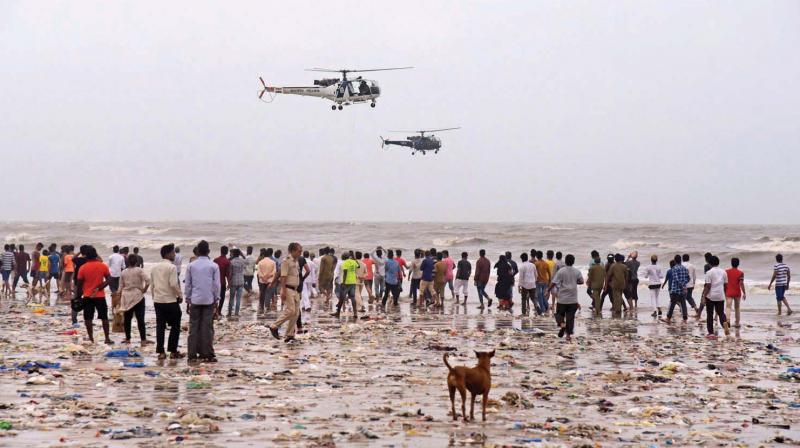 Mumbai: In case of the five youths who went swimming in the sea off Juhu beach, only to drown, save for one of them who was rescued alive, the fourth body washed ashore early on Saturday near J.W. Marriott hotel, Juhu beach. This takes the death toll to four.

The Juhu police said that 17-year-old Faisal Shaikh’s body was found at a spot behind the five-star hotel, and that it has added his name to the accidental death report (ADR) which hitherto included the names of his friends — Fardeen Saudagar (17), Sohail Khan (17), Nazir Ghazi (17) and Wasim Khan (22). The group – all residents of D.N. Nagar’s hillock area – had gone to the beach to celebrate Fardeen’s birthday on Thursday.

Faisal’s body was taken to Cooper Hospital for post-mortem, after which it was handed over to his family members. The Coast Guard, which was pressed into the search operations, called off the exercise after Faisal’s body was found. A Coast Guard spokesperson said, “The police informed us that the last body had been recovered. Thereafter, we called off the search operation.”

Paramjit Singh Dahiya, deputy commissioner of police zone 9 said, “The five youths entered the choppy waters and kept wading deeper despite having no knowledge of swimming. Four of them drowned even as a deadly wave swept them off.”

The lifeguards at the beach were able to rescue one of the group - Wasim Khan (22), as he hadn’t ventured that deep into the sea. The bodies of the remaining four youths were found within three days of the incident. The lifeguards claimed that the beach is facing a scarcity of trained lifeguards who come in handy during such emergencies.