The parents have now decided not to pay any deposit or make any donation to the school. 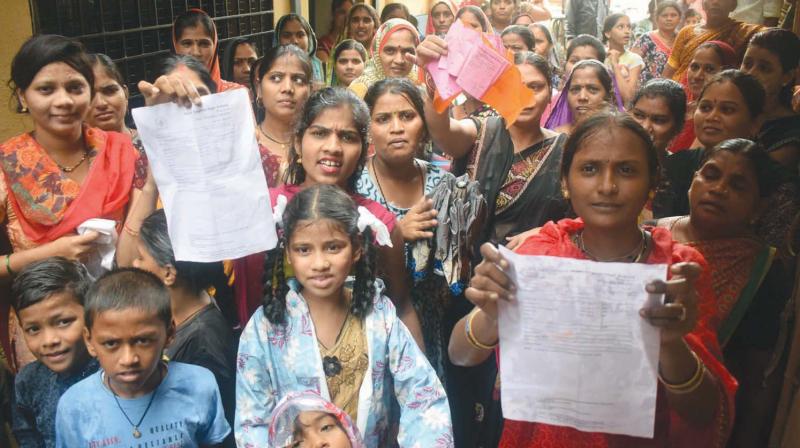 Parents register their protest outside the school. (Photo: Deepak Kurkunde)

Mumbai: Parents of a Thane-based private school on Saturday staged a protest outside the school ground as they allege that the institution has been asking for capitalisation (donation fees) and hiking its fees without the parents’ consent.

“Earlier, the school distributed pamphlets which stated ‘No donation fees’ through our children but now they have started asking us for it,” said Nisha Kokre, a parent who was a part of protest. She further said, “When the school management was asked why it was asking us to pay Rs 4,500, we were told that it was for uniforms, bags and books. Also, every year it is continuously increasing the fees, stating that its needs money as it doesn’t receive donations.”

According to the parents, the school provides two sets of uniforms, five books and a bag to students. “These uniforms are not found anywhere around so we don’t have any option either. However, come to think of it, how can these things cost Rs 4,500,” said another parent. “The rooms in the school are cramped and our students complain about poor amenities inside the building. Despite all these, it is increasing the fees and asking for donations,” the parent added.

The parents have now decided not to pay any deposit or make any donation to the school. Though the school has not responded to any queries and concerns, the parents are determined to keep on protesting until they get a satisfactory answer.