A red alert was declared in parts of Nashik district on Sunday due to the heavy overnight rainfall. 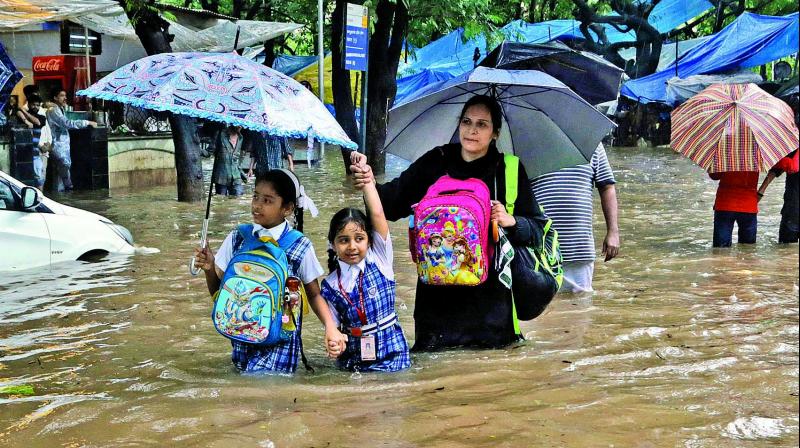 Mumbai: Government authorities on Sunday asked 250 families living near the Godavari riverbank in Nashik to shift to temporary shelters after heavy rainfall lashed the district.

A red alert was declared in parts of Nashik district on Sunday due to the heavy overnight rainfall. Water logging, especially in low-lying areas, across the district disrupted normal life.

As a precautionary measure, the authorities asked people living near the Godavari riverbank in Kazi-Gadhi area to vacate their homes and temporarily shift to safer places.

Nevertheless, people were unwilling to shift and demanded permanent housing arrangements. According to officials, the aggrieved families agreed to relocate only after police and civic officials spoke to them.

Continuous rainfall in Nashik district, however, is likely to provide relief to the region as water level in various reservoirs is expected to considerably improve. Nashik district has been reeling under acute water shortage since many months now.

Meanwhile, the Vashishthi and Jagbudi  — a small river emrging out of the former — rivers in Konkan have crossed the danger mark. Vashishthi river started overflowing on Satuday itself. A flood-like situation in Chiplun taluka restricted traffic on the bridge over the Jagbudi river. This caused a traffic jam on the Mumbai-Goa highway on Sunday.

In another rainfall-related incident, a landslide on the Mumbai-Pune Express Highway near Aadoshi tunnel disrupted the traffic on the route.