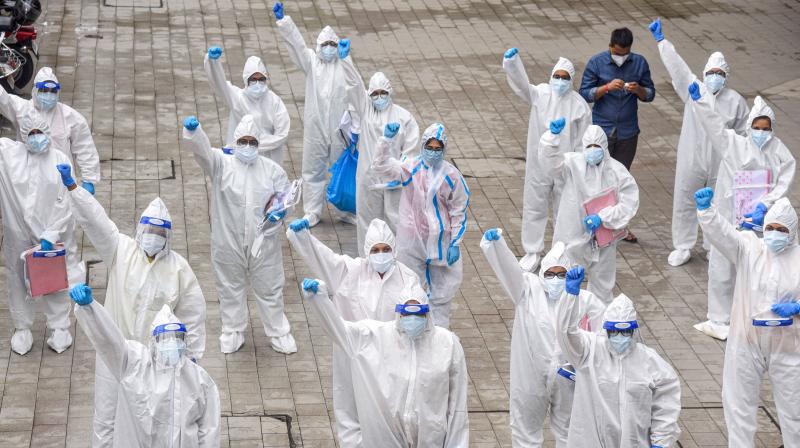 The Brihanmumbai Municipal Corporation (BMC) has decided that patients in Mumbai will not require a doctor’s prescription for coronavirus testing. The decision will come into effect from Wednesday, July 8.

Additional Municipal Commissioner Suresh Kakani said, “A high-risk contact, with or without symptoms, has to give a self-declaration to a laboratory that his close contact has tested positive and that he requires a test. This declaration is enough for testing.”
Until now, BMC’s testing guidelines allowed a person showing symptoms to undergo Covid-19 swab test if the person had a doctor’s prescription recommending it.

A high-risk contact, meaning a close family member of a patient, could only get tested after the fifth day of quarantine if he or she developed symptoms. Even for that, a prescription from a doctor was mandatory. Without prescription, only symptomatic health and frontline workers were allowed to be tested.

The decision was taken after laboratories and doctors reported hurdles in testing mechanism leading to delay in detection of cases. Mumbai has witnessed flip-flops in its testing protocol since two months when the first case was recorded on March 11.

The Centre warned the states and UTs to optimise their testing capacity.
Since then, BMC is making efforts to increase the number of tests being done in the city. Recently, it also said that those who are in institutional quarantine facilities (those who are high-risk contacts of a Covid patient) will be allowed to go home only after their Covid-19 tests.

Around 5,000 Covid tests are being conducted in Mumbai on a daily basis. The capacity of private and government labs is upto 10,000 tests daily. The civic body has however taken another step to increase the number of Covid tests post Centre’s warning.