The court, however, rejected her plea, saying she would be much safer inside the jail than outside. 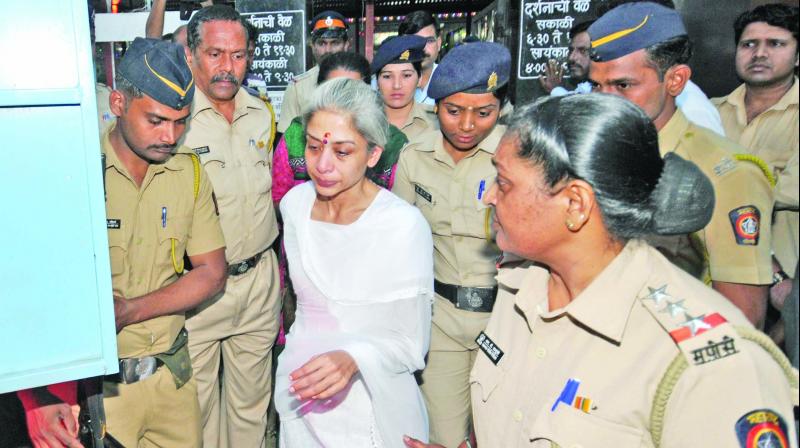 She also said that she is not receiving proper medical treatment in Byculla jail.

Mumbai: A special Central Bureau of Investigation (CBI) court has rejected bail application of Indrani Mukerjea, the main accused in Sheena Bora murder case, while calling her plea claiming threat to her life as “exaggerated and unacceptable”. The court, however, rejected her plea, saying she would be much safer inside the jail than outside.

In the month of August, Mukerjea had filed an application saying there was threat to her life because she had registered complaint against jail officials in Manjula Shetye murder case and in Delhi she had given statement against one of the Central minister in another case. She also said that she is not receiving proper medical treatment in Byculla jail.

In her bail plea, Mukerjea had cited an incident in April this year, when she had to be admitted to a hospital. While the prison authorities claimed it to be a case of drug overdose, she alleged that someone might have tampered with her prescribed medications.

The CBI, opposing her plea, argued that she often interacted with her associates in the court after hearings and one of them might have given her the pills that caused the illness. The jail authorities and doctors at the government-run J J Hospital can provide her adequate medical care, they said.

Judge J.C. Jagdale took note of the CBI submission that Mukerjea has been kept in a secure cell and CCTV cameras were installed at her barrack and also a guard is deployed there. CBI also said proper medical treatment is being given to her.

Sheena Bora (24) was allegedly killed on April 24, 2012. The crime came to light after Mukerjea’s driver Shyamvar Rai, arrested in another case in August 2015, spilled the beans. Mukerjea, her former husband Sanjeev Khanna, and Rai were arrested for alleged murder, and subsequently her current husband and media baron Peter Mukerjea was arrested for allegedly being part of the conspiracy. According to the CBI, financial dispute was one of the main reasons for the alleged murder.