In the application, PETA India sought permission from the court for rehabilitation of the horses in a reputable sanctuary. 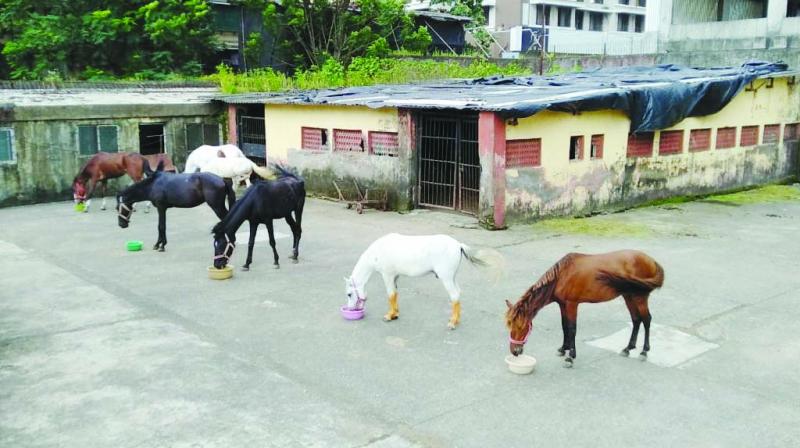 Horses seized by the police.

Mumbai: The Marine Drive police seized five horses from Jamnalal Bajaj Marg while the Cuffe Parade police seized one horse from Free Press Journal Marg. The horses were being whipped mercilessly for carriage rides on Thursday.

The NGO, People for the Ethical Treatment of Animals (PETA), filed an application in the metropolitan magistrate court, Esplanade, seeking custody of the six horses which were being forced to haul carriages.

In the application, PETA India sought permission from the court for rehabilitation of the horses in a reputable sanctuary. A veterinarian examined the horse rescued by the Cuffe Parade police station only to find that he was suffering from tetanus. The said horse has been hospitalised at the Bombay Society for Prevention of Cruelty to Animals (BSPCA) in Parel, while the five horses rescued by the Marine Drive police are recuperating at the BMC Malad cattle shed.

The police received a message about a horse standing at the Free Press Journal Marg. At around 12.05 am, a police team went to the spot and found a man lashing the horse. The police filed a First Information Report (FIR) under sections 3 and 11 (1) (a) of the Prevention of Cruelty to Animals Act.

“Investigation revealed that he didn’t have the required permission to ride the horse and neither did the horse have a medical certificate. The horse appeared weak and unfit,” said the officer.

“PETA India is working to ensure that the horses are not subjected to torcher,” said Meet Ashar, emergency response coordinator for PETA India.