Wildlife activists have urged govt to not hamper movements of leopards. 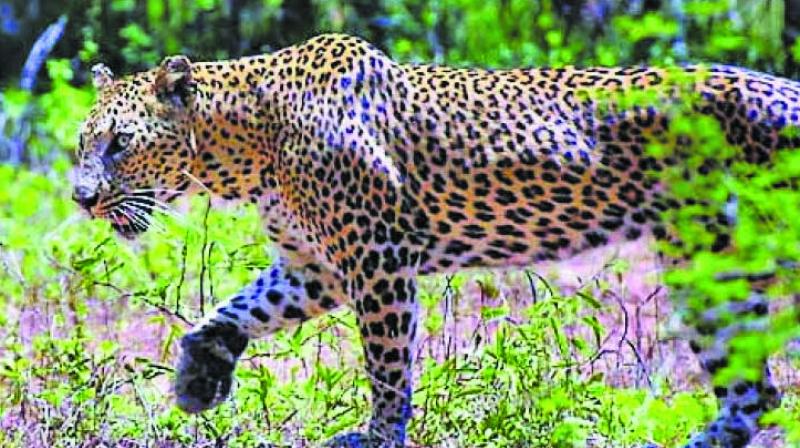 At least seven leopards have been captured in Aarey Milk Colony in the last three years, the forest department has said in a RTI query.

Mumbai: At least seven leopards have been captured in Aarey Milk Colony in the last three years, the forest department has said in a RTI query.

According to the forest department’s reply, two incidents of trapping and rescuing leopards were recorded in 2016 and 2017, while three such incidents took place in 2018.

Wildlife NGO ‘Empower Foundation’ has written to the Union environment minister Prakash Javadekar and IUCN arguing such incidents confirm that the metro car shed site must be shifted from Aarey.

“It is very evident that unless the leopards live in Aarey, they couldn’t have been trapped or rescued by the forest department. There were not one but 7 such instances in the last 3 years,” said Jalpesh Mehta, founder of Empower Foundation.

The state government, including chief minister Devendra Fadnavis, and Mumbai Metro Rail Corporation (MMRC) have been claiming that Aarey is not a forest. They have also denied the presence of leopards at the site.

However, wildlife conservationists have urged the state to consider the presence of leopards in Aarey and not hamper their movement.

“If there is no movement of leopards, then why has the MMRC asked the dairy department to set up lights at the site of the proposed car shed site arguing that it will help workers against wild animals? Leopards do not restrict themselves to an area. The car shed too is not far from their reach,” said Stalin Dayanand, project director of Vanashakti.

“While there have been seven incidents in the last three years, leopard sighting and attacks were recorded in 2013 and 2014 as well. This could also mean that there are more than 9 to 10 leopards in the area. As the Sanjay Gandhi National Park (SGNP) is adjacent to it, it is possible that leopards have come from there and made their territories here,” said Krishna Tiwari, leopard conservationist.

Citizen groups have been protesting against the metro car shed at Aarey Colony. On Saturday, they appealed to Prime Minister Narendra Modi, who laid the foundation stone of the Metro Bhavan in Mumbai.