Maha report to be finalised by October 13

The dams in Marathwada have only 27 per cent water stock because of poor rainfall. 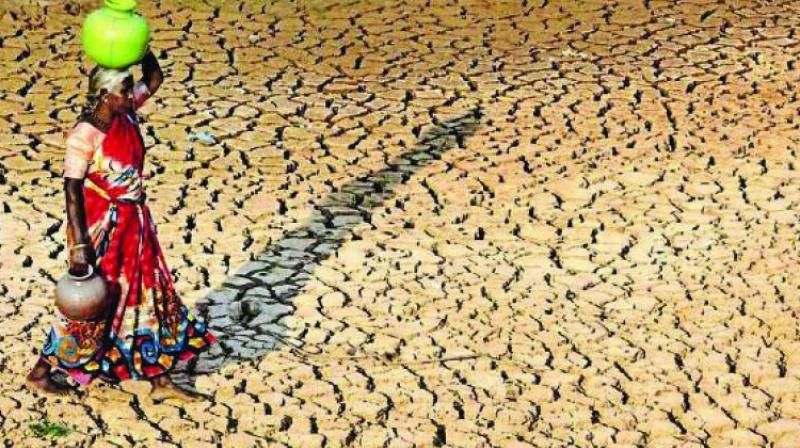 Mumbai: A report on assessing the water scarcity situation in Maharashtra based on four parameters laid down by the Union government is expected to be finalised before October 13, a state agriculture department official said. The ranking as per the report will decide whether the state can be termed as afflicted by “drought” or whether it is facing a “drought-like” situation, he added.

“The scarcity assessment covering sowing, soil moisture, rainfall and status of existing crops, are being compiled in the state. These parameters are set by the Union government and have been used since 2016. The report will be finalised before October 13,” the senior official said. He added that the norms for assessment are stringent and the emphasis is on accurate data, adding that village and tehsil officials have been asked to expedite the process of data collection.

The official said that, “Of the four parameters, Maharashtra currently had the worst ranking in terms of rainfall. All the 170 tehsils in the state, generally known for very low rainfall, have received less than 75 per cent of their annual average rainfall. Most of these tehsils are from Marathwada and north Maharashtra region, which comprise Aurangabad and Nashik revenue divisions.”

The dams in Marathwada have only 27 per cent water stock because of poor rainfall. The official further added that the parameters like sowing of Kharif crop are on the brighter side, as a good spell of showers across the state has ensured that sowing figures are high. The rainfall has also increased soil moisture, another parameter on which the report is based.

The official said that the Centre’s national crop forecast centre (NCFC) would assess the data. “The state’s report is likely to term the situation as medium level drought,” the official said. A low ranking in the report will allow the state government to approach the Centre for funds for drought relief.