Sources suggest BJP won’t form a minority govt. even if invited by the governor. 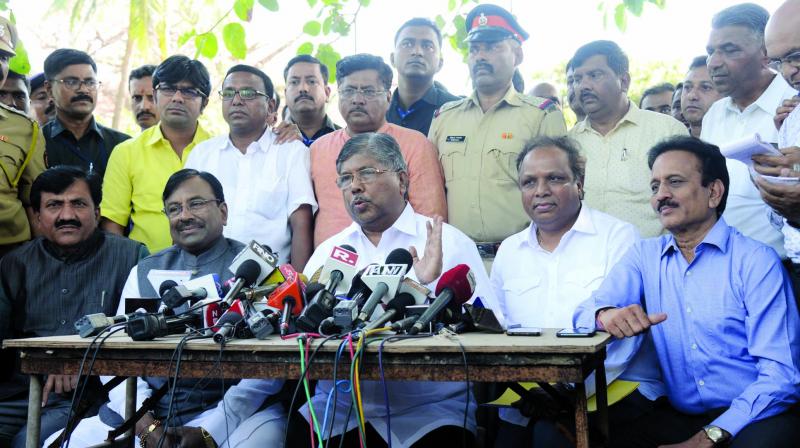 Mumbai: Senior Bharatiya Janata Party (BJP) leader and finance minister in the outgoing Cabinet Sudhir Mungantiwar on Thursday said that Maharashtra may be placed under President’s rule if no party comes forward to stake claim to form the government.

The BJP would not stake claim to form the government even if invited by the governor, as the party does not have the magic number — 145 out of 288 Assembly seats, the source claimed.

“The BJP thought that the governor would ask Mr Fadnavis to remain CM until the new government is formed. But the governor has informed the delegation of BJP leaders that he would not do so,” the source added.

A senior BJP leader, requesting anonymity, said that there has been no meeting with Sena leaders so far. The Sena may also snap ties with the BJP in the next couple of days, he added.

He said that the BJP would not form a minority government, which could fall on the floor of the House. “The state would be placed under president’s rule for six months and later an election would be called for,” the BJP leader claimed.

“The Sena will also fail to prove its majority as the Congress high command is not ready to go with the saffron party. As a result, president’s rule would be imposed soon,” the source added.

The Congress leadership is of the view that they should go before the public instead of joining hands with the Sena.

Asked about Shiv Sena’s insistence on sharing the chief minister’s post, Mr Mungantiwar said, “Fadnavis is not just a BJP leader. He should also be seen as Sena’s chief minister. There should be no doubt about his leadership and acceptance across party lines.”

Since last two weeks, the BJP, despite being the single-largest party with 105 seats, has not staked claim to form the new government.

Mr Mungantiwar surrendered his official vehicle on Thursday and would leave the office on Friday.

The Bharatiya Janata Party and Shiv Sena are locked in a tussle over the issue of the chief minister's post.

This has resulted in a stalemate in government formation despite results of the Assembly polls giving the alliance a combined seat strength of 161, way past the 145 majority mark in the 288-member House.