The section penalises sexual intercourse between two consenting adults of the same gender. 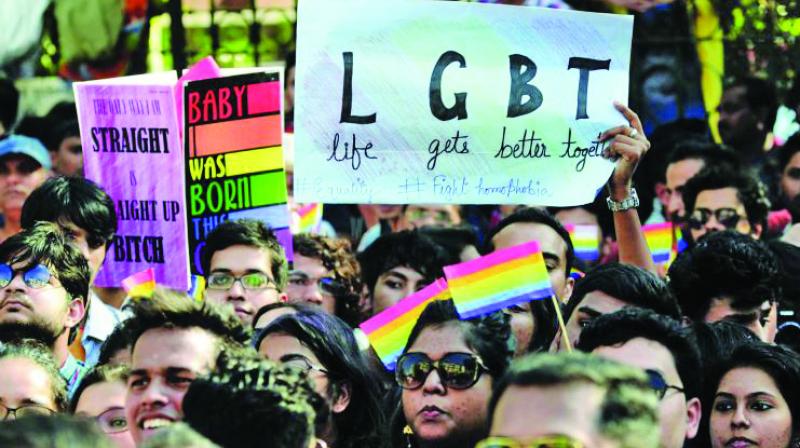 A three-judge bench of SC said it would examine examine the constituitional validity of the law referred to as Section 377. (Representational image)

Mumbai: Bringing cheers to the LGBTQ (Lesbian, Gay, Bisexual, Transgender, Queer) community, the Supreme Court (SC) has opened a fresh debate on homosexuality. On Monday, while responding to a petition brought by five persons from the LGBT community, a three-judge bench of SC headed by the Chief Justice of India, Dipak Misra, said it would reconsider and examine the constitutional validity of the law referred to as Section 377. The section penalises sexual intercourse between two consenting adults of the same gender.

The SC referred the plea to a larger bench on Monday. “I think we are in good hands at the moment. It’s highly progressive that the SC has taken a stand of this kind that they are going to review section 377. I think it’s high time that a country which stands for plurality and respect for all individuals should decriminalise this section It’s enshrined in the constitution that every person irrespective of the number, are deemed to receive respect and life of dignity,” said Harish Iyer, an activist fighting for the rights of LGBTQ.

"It's a relief that they have considered re-opening this debate, it's a positive move and I have hopes that atleast this time the section will be decriminalized," said Madhura Sarode, a transgender.

In December 2013, the SC had overturned the High Court’s ruling of decriminalising homosexuality. In 2009, Delhi HC had decriminalised the section.  The SC had upheld section 377 in 2013 and stated that community is a negligible part of the population.

Speaking to The Asian Age, Advocate Ejaz Naqvi said, “It’s a welcome move. State as well as judiciary should not interfere in the privacy of two adults. Homosexuality is not bad in comparison to corruption or moral corruption. That’s why state should concentrate on eradicating corruption, rather than eradicating abnormality in sexuality.” Naqvi represents Lalita Salve, a woman constable from Beed who wants to change her gender and had approached High Court on the same.