This change in weather is attributed to cooler northerly winds and the cold weather in North India. 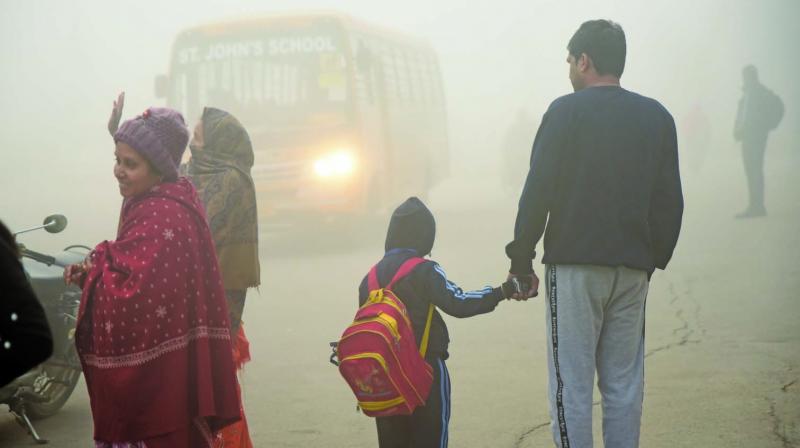 Mumbai: Mumbaikars were in for a pleasant surprise when most parts of the city experienced a sudden chill on Friday. The city recorded the lowest daytime maximum temperature of the decade on Friday at 24.2°C, seven degrees below the normal average temperature.

This change in weather is attributed to cooler northerly winds and the cold weather in North India.

In the past two days, many cities in the northern parts of India have experienced rainfall and hailstorms, bringing cold winds in the western region as well. According to the Indian Meteorolog-ical Department (IMD), Mumbai recorded a minimum temperature of 14.4 degrees over the past 24 hours since Thursday, which was four degrees below the average. “The weather will remain cooler for the next two days as north westerly to northerly winds are likely to prevail in the lower level over the region,” said an IMD official.

Weathermen have stated that the city’s temperature has dropped by 10 degrees in ten days since February 4 when the temperature rose to 30 degrees.

“High speed winds from the North West will not allow Mumbai’s temperature to rise much. Warm and comfortable days and cool nights will continue for the next two days,” said Mahesh Palawat from Skymet Weather, a private weather forecasting agency.

According to Skymet Weather, the maximum temperature during the day will increase from February 10 as the direction of the wind would undergo a change again.