The corporators also alleged ongoing metro works were likely to cause flooding in the city. 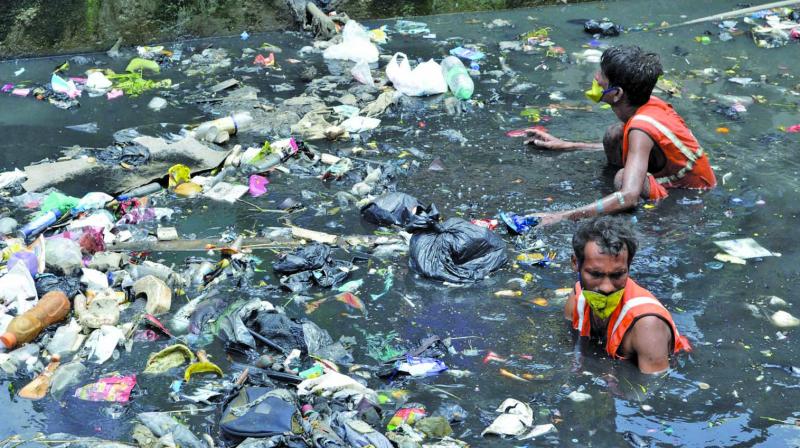 BMC made a provision of Rs 175 crore for de-silting works.

Mumbai: Peeved with the slow pace of nullah cleaning work in the city, opposition corporators have expressed concern that Mumbai will once again witness water-logging in the upcoming monsoon season.

While the Brihanmumbai Munic-ipal Corporation (BMC) has started de-silting of major and minor nullahs in the city as part of its monsoon preparations, the corporators slammed the civic body saying that the works were shoddy.

Opposition leader Ravi Raja from the Congress raised the issue in the standing committee saying, “At several places, contractors are working arbitrarily by violating contract terms and conditions. The BMC has made a provision of `175 crore for de-silting works, but at several places, works have not started at all.”

The corporators also alleged ongoing metro works were likely to cause flooding in the city.

Due to heavy downpour last monsoon, the city’s road-rail transport system had come to a grinding halt on at least two days. The city also lost a renowned surgeon in Dr Deepak Amrapurkar due to the flooding. His body was washed ashore after he fell into an open manhole