State to register cattle via app

Shaurya Technosoft Pvt Ltd is providing the cattle camps management system to the government under the corporate social responsibility. 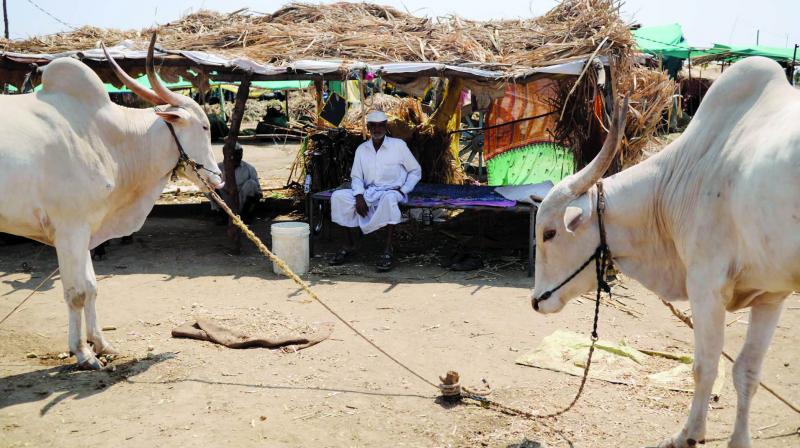 Mumbai: The state government has planned to register cattle that are tethered in fodder camps via a mobile application. The state, which is facing a severe drought, has been running 1,284 fodder camps in 12 districts, which are witnessing drought.

A senior official said the relief and rehabilitation (R&R) department has been developing this app in order to ensure transparency while providing fodder to cattle with a private entity. A tag with a barcode will be attached to the cattle.

The R&R department has come up with a government resolution (GR) pertaining to the barcode to avail the cattle.

Sandeep Jagdale, nodal officer of Shaurya Technosoft Pvt Ltd for barcode and cattle camp management system, said, “During drought period Government provides about Rs 90 per cattle for fodder and water supply. Taking advantage of this situation, some cattle camp operators tried to show an exaggerated count of animals to claim for bogus funds. Government is not having enough manpower to check the actual count of animals in each cattle camp on a daily basis. Due to this, the government loses public money.  We had developed CCMS in 2012  and a large amount of funds were saved in Satara District. In this system, each animal is given ear tag with a unique barcode which needs to be scanned using android application for registering the presence of that animal in camp. The government will get the actual count of each camp on the web portal from cattle camps using this IT based solution. This will save huge government funds.”

The Mumbai unit of the Nationalist Congress Party (NCP) is going to adopt a cattle shed in Beed or Solapur district as a sign of the party’s solidarity with distressed farmers.

Further, all NCP corporators have been directed to donate one month’s salary to the party trust, which in turn will extend support to farmers in drought-affected areas. The decision was taken at a meeting of the Mumbai NCP Wednesday. Mumbai NCP president Sachin Ahir confirmed the same.

The Mumbai unit of the NCP also discussed the Assembly election scheduled later this year and its preparation for the same in light of the Congress-NCP combine slated to fight it together. How the Mumbai unit can help the NCP trust which will extend its support to farmers in drought-hit areas was another topic of discussion.

Mr Ahir told The Asian Age, “We, on behalf of Mumbaikars, are thinking of adopting a cattle shed in Beed or Solapur. All nine NCP corporators will donate one month’s salary to the NCP trust for drought relief.”

“The presidents of all six districts have been asked to come up with a report on which seats they have a plan to contest the election along with the names of the candidates by June 15, 2019,” he said.

Also discussed at the meeting was the cleaning and de-silting of major storm water drainage channels of the city.

Leaders of respective districts have been asked to take pictures of the drainage if not cleaned and send the same to the Mumbai unit which would then meet the BMC chief Friday to seek a solution to the problem.