According to Skymet Weather, Mumbai is set to witness light rains on June 11 and June 12. 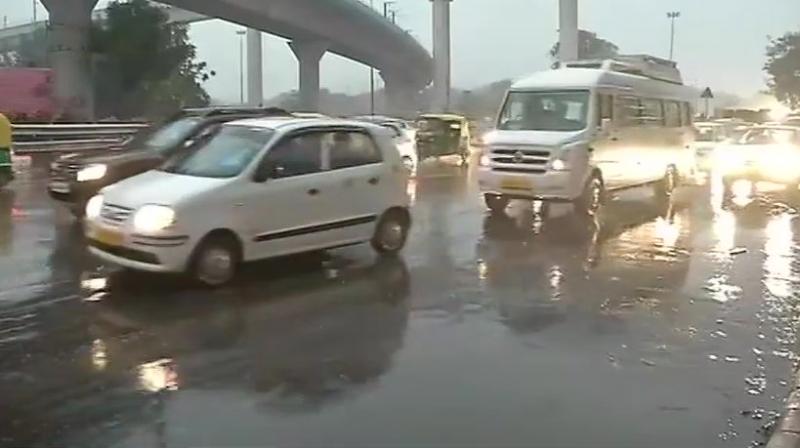 The report also read that an offshore trough has been formed from Maharashtra coast up to the coast of Kerala and whenever two systems combine the result is rain. (Photo: Twitter | ANI)

Mumbai: The Southwest monsoon has finally made landfall in Kerala after a week's delay. The Indian Meteorological Department (IMD) has stated that Mumbai will witness the monsoon officially by June 16 to 17, while pre-monsoon showers are likely to occur by next week.

According to Skymet Weather, a private weather-forecasting agency, Mumbai is set to witness light rains on June 11 and June 12, which will be up to moderate in intensity.

“These rains will be attributed to a low pressure area, which is over Southeast and East Central Arabian Sea at present and is likely to move north north-westwards in the coming days,” read the Skymet Weather report.

“The system is expected to undergo further intensification and may even become a deep depression or a Cyclonic storm when Mumbai rains occur,” said Mahesh Palawat, director of Skymet Weather.

In the last 24 hours since Friday June 7, Akola, Pune, Sindhudurg and Ratnagiri witnessed pre-monsoon rains in the form of light showers and thunderstorms. The weather condition has been attributed to the trough, which is running from eastern parts of Madhya Pradesh up to North interior Karnataka across Vidarbha and Marathwada.

The report also read that an offshore trough has been formed from Maharashtra coast up to the coast of Kerala and whenever two systems combine the result is rain.

Meanwhile, the city’s mercury has dipped owing to the cloudy weather as the maximum temperature was recorded at 34.9 degrees Celsius over the last 24 hours.

The minimum temperature was recorded at 28 degrees Celsius. However, the humidity levels in Mumbai have spiked, with maximum at 91 percent. The Asian Age had earlier reported that Monsoon in Mumbai would be delayed by June 17 owing to the overall delay in Southwest monsoon.