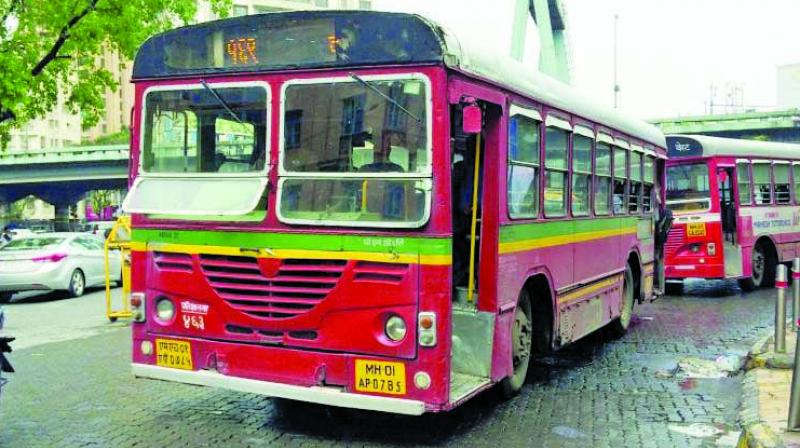 The BEST plied 2,371 services in total on Sunday.

MUMBAI: Due to heavy rain forecast, The central railways (CR) on Sunday cancelled the scheduled mega block between Vidyavihar-Byculla on the mainline. However, there was a mega block between Kurla and Vashi due to maintainance work.

Amid this the BEST also changed its fleet’s routes owing to closing of a road over bridge (ROB) at Ghatkoper till Sunday afternoon and water-logging at Sion, Kings Circle.

A BEST official said, “We have revoked the diversions of bus routes at Ghatkoper bridge at 1.30pm on Sunday.

During the mega block, CR razed public foot over bridge (FOB) of around 200 metres from Tilak Nagar station towards Vashi. The FOB was unused since the construction of Santacruz-Chembur Link Road (SCLR) ROB.

A CR official said that the ROB was planned to be dismantled a log time ago.

The BEST plied 2,371 services in total on Sunday.

Priyanka Goswami, a  daily commuter who travelled from Mulund to Vadala on Sunday said that the train for Kurla was not available for more than 25 minutes and there were no announcement pertaining to when the local train would arrive.