Apart from the urine and solid waste, the flush water, sanitary pads, kitchen waste too can be disposed of in these toilets. 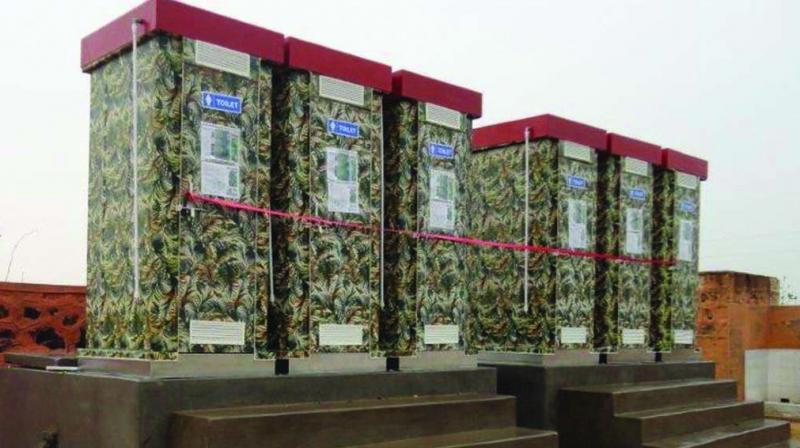 Dry-San toilets have been placed in a Vasai-based civic school for the students.

MUMBAI: To tackle the pollution of water bodies in rural areas due to the inflow of solid waste and toilet discharge in the absence of a sewage treatment system, a former professor of the Indian Institute of Technology-Bombay (IIT-B) has come up with a solution.  Professor Dr Kishore Munsi has created a ‘Dry-San Hygienic Rural Toilet’. These toilets, like its name suggests, is a dry sanitation system i.e, a waterless system which has zero discharge. The project is been partially funded by the ministry of drinking water and sanitation along with CTech, an IIT-B incubated designed company.

“The work on this project began in the year 2011,” Mr Munsi started, who was a senior professor and dean of the Industrial Design Centre (IDC) at IIT-B before retirement in the year 2015. He continued, “After a couple of survey by our team, it was found that how sewage wastage is been unanimously sent to the local water bodies, making the entire water unhygienic and dangerous to life. Researching on it further, we realised how the solid and liquid waste can be put on use or further be made into manure.”

In these toilets, which are made of stainless steel, the Dry-San converts the waste material into a resource. The urine into fertiliser and the manure from solid waste, which can be used for farming and plant cultivation. It has been designed in a way that both the waste can get correct amount of air oxidation.

Dry-San toilets have been placed in a Vasai-based civic school for the students and one in Rajasthan’s school. Even though, building and installing one of these toilets may cost upto `70,000, the life expectancy of these are more than 20 years. One such unit is being placed at IIT-B campus too for the labourers.

Apart from the urine and solid waste, the flush water, sanitary pads, kitchen waste too can be disposed of in these toilets.