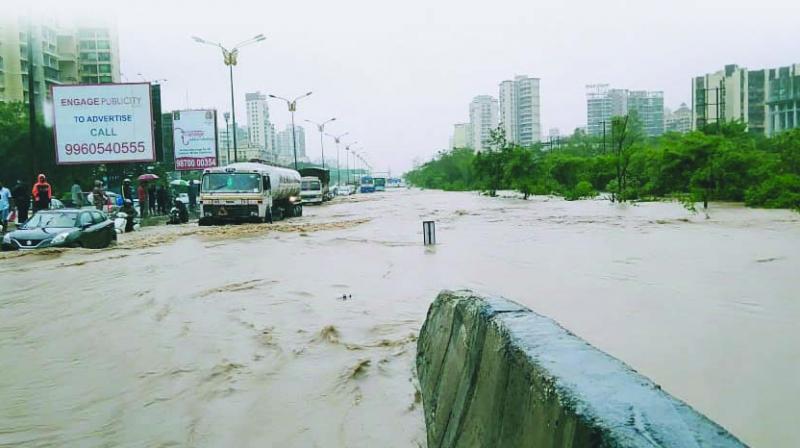 Indian Meteorological Department (IMD) has predicted heavy rainfall in parts of the city in the next 24 hours. (Photo: Asian age)

Indian Meteorological Department (IMD) has predicted heavy rainfall in parts of the city in the next 24 hours. According to weathermen, the intensity of rains increased between 8 am and 9 am on Monday, during which many areas recorded more than 20mm rains.

Since Monday morning, Santacruz observatory recorded 122 mm of rainfall, while Colaba observatory recorded 14.6mm rains, according to IMD. “Due to active monsoon conditions, entire Konkan coast is experiencing an intense spells of rainfall. Monsoon remained widespread vigorous over the entire North Konkan belt, including Mumbai with heavy to very rainfall over most places and extremely heavy falls at a few places,” read IMD report. The IMD has also issued very heavy rainfall warning for adjoining Palghar and Thane areas.

“The cloud formation persisting in Mumbai region is bringing more rains to the city and is expected to persist for another 24 hours. As such, heavy to very rainfall in Mumbai is expected tomorrow as well,” said K.S. Hosalikar, deputy director general of meteorology, IMD. The met department has also issued warning to fishermen, asking them not to venture into the sea.

Meanwhile apart from waterlogging on roads, water was also accumulated on rail tracks at Ghatkopar, Kanjurmarg, Sion and other stations due to which local trains on the Central Line were running late. There was a delay of 15-20 minutes in Central Line trains.