No leader willing to miss rally

Party leaders belonging to Congress, BJP, Shiv Sangram are supporting the cause. 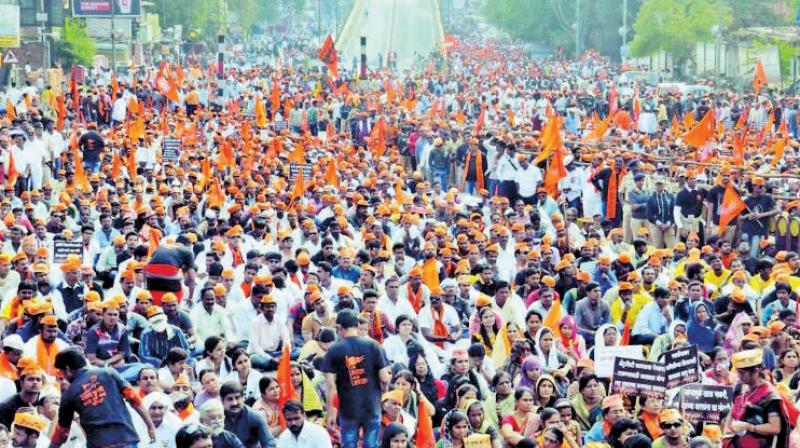 All the party leaders extended their support to the protest and said that the demand for reservation should be fulfilled.

Mumbai: A day prior to the massive Maratha protest scheduled for Wednesday, Maratha leaders of all the parties seem to have come together for the cause. Congress leader Narayan Rane, his son and MLA Nitesh Rane, BJP leader Prasad Lad, Shiv Sangram leader Vinayak Mete were seen addressing a press conference regarding the protest, together.

Also, schools and colleges in south Mumbai have declared Wednesday to be a holiday to avoid inconvenience for the students and staff members who would travel by train and buses.

All the party leaders extended their support to the protest and said that the demand for reservation should be fulfilled.

“Maratha protest would start from Byculla zoo and pass through J.J. flyover to Azad Maidan. This will be a silent protest and no speeches would be given. A delegation would meet the chief minister Devendra Fadnavis with a charter of demands. The chief minister is expected speak to them about giving reservation to the community. There is an enthusiasm in the community about the protest. Many have already reached the city,” Rane said

People have already started pouring in the city from Satara, Sangli, Pune and Marathwada region since Tuesday afternoon. The community groups and volunteers have made arrangements for their food and stay at various schools, halls and college premises.

“The community groups at various locations in Mumbai have made arrangements for the people who are coming from outside Mumbai. We have got about 15,000 to 20,000 volunteers who would be stationed at various railway stations and roads to guide the agitators and general public for the routes they can take. Many of them will be coming by trains to join the protest,” said Bhaiyya Patil, social media expert, Maratha Kranti Morcha.